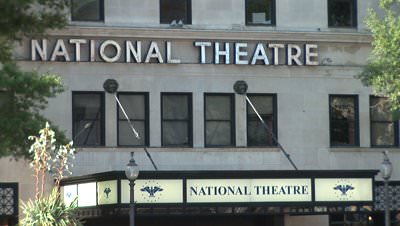 And The Wizard Of Oz,

Broadway At The National Subscriptions On Sale Today, April 20

Broadway at the National announces its 2015-16 season, featuring the Washington premieres of Motown The Musical, the story of Berry Gordy’s journey from featherweight boxer to heavyweight music mogul, the Tony® Award-winning Rodgers + Hammerstein’s Cinderella, with its fresh new take on the beloved tale, and the reconceived adaptation of The Wizard of Oz, featuring additional new songs by Tim Rice and Andrew Lloyd Webber. The full subscription series also includes the highly anticipated return of Jersey Boys, the story of Frankie Valli and The Four Seasons, as well as everyone’s favorite orphan, Annie.

“As the National Theatre celebrates its 180th anniversary this year, we look forward to presenting a season with strong roots, both musical and theatrical,” says Steve Traxler, National Theatre Group partner. “We’re delighted to offer our audiences an opportunity to remember what makes them love theater in the first place.”

Some of the best-loved music of the rock and roll era can be heard this season. Featuring more than 40 classic hits such as “My Girl” and “Ain’t No Mountain High Enough,” Motown The Musical tells the story behind the hits as Diana Ross, Smokey Robinson, Berry Gordy, and the whole Motown family fight against the odds to create the soundtrack of change in America.

The Tony®, Grammy®, and Olivier Award-winning Jersey Boys, which broke its own box office record at National Theatre three times, returns to celebrate the journey of Rock & Roll Hall of Famers The Four Seasons. Seen worldwide by more than 22 million people (as of January, 2015), Jersey Boys continues to move audiences with its incredible music and its story of enduring friendship.

Three enterprising young ladies – Cinderella, Annie, and Dorothy – each have their moment to shine upon the stage this season. The first national tour of the hilarious and romantic Rodgers + Hammerstein’s Cinderella combines the tale’s classic elements – glass slippers, pumpkin, and a beautiful ball – along with some surprising twists. More than just a pretty face with the right shoe size, this Cinderella is a contemporary figure living in a fairytale setting. One of Rodgers + Hammerstein’s most popular titles, Cinderella was written for television in 1957, and made its long-overdue Broadway debut in 2013.

The girl power theme continues with Annie and The Wizard of Oz. Annie, the world’s best-loved musical, returns in time-honored form, helmed by Martin Charnin, the show’s original Tony Award®-winning director and lyricist. Featuring the same award-winning creative team from the recent London and Toronto productions, The Wizard of Oz includes all of the favorite characters, songs, and iconic moments, reconceived for the stage. With soaring scores that accompany tales of spunk, sass, and determination, these timeless musicals continue to touch the hearts of each new generation of theater-goers.

For additional information on the 2015-16 Broadway season at the National Theatre, please see below. 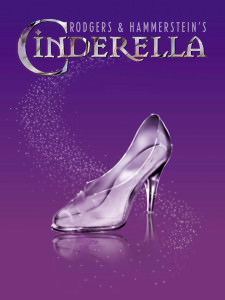 Rodgers + Hammerstein’s Cinderella is the Tony Award®- winning Broadway musical from the creators of The Sound of Music and South Pacific that’s delighting audiences with its contemporary take on the classic tale. This lush production features an incredible orchestra, jaw-dropping transformations, and everyone’s favorite moments — the pumpkin, the glass slipper, the masked ball, and more. It’s an opportunity to rediscover some of Rodgers + Hammerstein’s most beloved songs, including “In My Own Little Corner,” “Impossible/It’s Possible” and “Ten Minutes Ago,” in this hilarious and romantic Broadway experience for anyone who’s ever had a wish, a dream…or a really great pair of shoes. 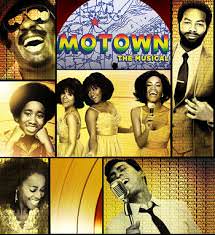 It began as one man’s story… became everyone’s music… and is now Broadway’s musical. Motown The Musical is the true American dream story of Motown founder Berry Gordy, who launched the careers of Diana Ross, Michael Jackson, Smokey Robinson, and many more. Motown shattered barriers, shaped our lives, and made us all move to the same beat. Featuring classic songs such as “My Girl” and “Ain’t No Mountain High Enough,” experience the story behind the music in the record-breaking smash hit Motown The Musical!

Leapin’ lizards! The world’s best-loved musical returns in time-honored form, helmed by Martin Charnin, the show’s original Tony Award®-winning director and lyricist. With such unforgettable songs as “It’s the Hard Knock Life,” “Easy Street,” “I Don’t Need Anything But You,” and the eternal anthem of optimism, “Tomorrow,” this production of Annie is a brand new incarnation of the iconic 1977 Tony® Award-winning classic, which had its pre-Broadway debut in Washington, D.C. 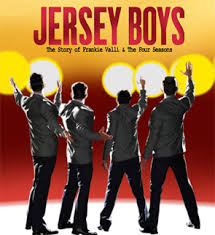 Jersey Boys is the Tony®, Grammy® and Olivier Award-winning Best Musical about Rock and Roll Hall of Famers The Four Seasons: Frankie Valli, Bob Gaudio, Tommy DeVito, and Nick Massi. This is the true story of how four blue-collar kids became one of the greatest successes in pop music history. They wrote their own songs, invented their own sounds and sold 175 million records worldwide – all before they were 30! Jersey Boys features their hit songs “Sherry,” “Big Girls Don’t Cry,” “Rag Doll,” “Oh What a Night” and “Can’t Take My Eyes Off You.”

The Wizard of Oz

This new production of The Wizard of Oz is an enchanting adaptation of the all-time classic, totally reconceived for the stage. Developed from the ever popular MGM screenplay, this production contains the beloved songs from the Oscar®-winning movie score, all the favorite characters and iconic moments, plus a few surprises along the way, including new songs by Tim Rice and Andrew Lloyd Webber. Click your heels together and join Scarecrow, Tin Man, Lion, Dorothy and her little dog Toto, as they journey through the magical land of Oz to meet the Wizard and obtain their hearts’ desires.

National Chamber Ensemble gets romantic with a new season