Freda Payne, singer “extraordinaire” who was especially prolific during the 1970s, delivered a powerhouse performance Thursday night at the Bethesda Blues and Jazz Supper Club. Embodying a style that merged a jazz-infused core with theatrical and pop flourishes, Payne was indefatigable in powering through sixteen songs and two encores with no break or intermission whatsoever. She exemplified what it means to be a veteran trouper of the musical stage.

Aiding Payne in her vocal stylings was  a wonderful back-up band consisting of Bill Cunliffe on Piano, Grant Langford on Sax, Greg Holloway on Drums, and Herman Burney on Bass.

Payne opened her set with a swinging and bouncing version of the popular standard “The Best is Yet to Come.” Her rendition was decidedly upbeat and soaring with cadences of a light vibrato.

Payne followed up with an ultra-swinging version of Cole Porter’s “You’d be So Nice to Come Home To.” The sax solo accompaniment by Langford was a major asset to the number.

Payne mentioned portraying Ella Fitzgerald in a stage vehicle on her life and mentioned how much she admired her. In homage to Ella, Payne sang a delightful, upbeat version of “A Tisket, A Tasket” (with an intriguing Sax accompaniment) as well as a jumping cover of the beloved jazz classic “Mr. Paganini.” Payne often concluded her songs with a sort of “diva-esque” belting crescendo complete with arms extended in a theatrical and captivating manner.

Payne was solidly engaging on most every number but lacked a bit of the needed poignancy and acuteness needed for subtle ballads like “Alfie” and “Alfie” and “Spring Can Really Hang You up the Most.” These numbers needed the emotional heft that she so wonderfully gave to the rest of the numbers.

Distinct highlights of Payne’s set were the songs “You Don’t Know” and “You Should Have Told Him.” Her relaxing yet animated stage presence was keenly felt in her rendition of these two wonderful songs. Her cover of the classics “Save Your Love For Me” and “Muddy Water” were performed to the hilt by Payne. Payne mentioned the superb vintage album of yore when Cannonball Adderley and Nancy Wilson collaborated on these two intense numbers.  At times, it seemed as if Payne was channeling Wilson in her interpretation of these songs. A superior Bass solo by Burney and a marvelous Sax solo by Langford aided immeasurably.

A stellar arrangement decidedly made Payne’s rendition of “St. Louis Blues” the standout of the entire evening. Payne’s voice caressed each note and section of the very effective yet elongated and circuitous arrangement of this beloved musical standard. The song started slowly and, then, caught me unawares as it morphed into a swinging Jam session of bubbly and bouncing potency. 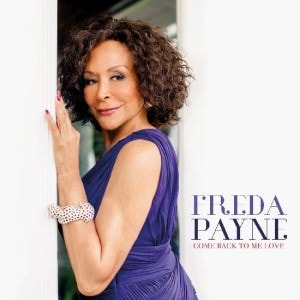 A joyous and heartfelt cover of “How Sweet it is to be Loved By You” was followed by Payne’s popular and huge hit “Band of Gold,” which Payne delivered to sustained applause. So enthusiastic was the crowd that Payne came back to the stage for two encores—namely, the swinging standard “Duke’s Place” and the popular Payne hit “Bring the Boys Home.”

Freda Payne is a musical “pro” in the best sense of the word and there should be a revival of interest in this engaging and hard-driven talent.

The Bethesda Blues and Jazz Supper Club also deserves to be supported by more people who are seriously interested in our musical heritage.