Tonight is the first performance of Janet Langhart Cohen’s 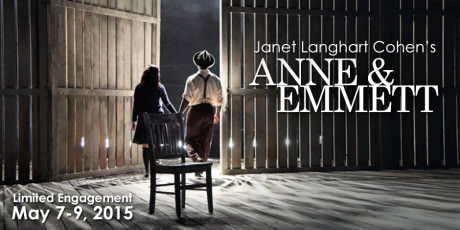 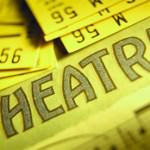 This is a joint production of RARIA (Race and Reconciliation in America) and MetroStage. Director Thomas W. Jones II met Ms. Langhart Cohen during the run of Bessie’s Blues and The Island, both of which he directed at MetroStage, and the planned remount of the play was put into place in anticipation of a national tour. Director Thomas W. Jones II has reimagined the theatrical possibilities of this play, and done considerable dramaturgical work, and William Knowles has added significant musical elements. The projection design has been enhanced by projection designer Robbie Hayes.

Given the racial violence that continues to be present across the country, the play is in great demand. Productions in New York City, Indianapolis, and Chicago have already been scheduled.

This latest production will be available to audiences in the metro DC area prior to the national tour for a limited run May 7, 8, and 9.

Anne & Emmett is an imaginary conversation between Anne Frank and Emmett Till, both victims of racial intolerance and hatred. Frank is the 13-year-old Jewish girl whose diary provided a gripping perspective of the Holocaust. Till is the 14-year old African-American boy whose brutal murder in Mississippi sparked the American Civil Rights Movement.

The one-act play opens with the two teenagers meeting in Memory, a place that isolates them from the cruelty they experienced during their lifetime.

The beyond-the-grave encounter draws the startling similarities between the two youths’ harrowing experiences and the atrocities against their respective races.

In Memory, Anne recounts hiding in a cramped attic with her family after German dictator Adolf Hitler ordered the Nazi military to round up Jews and put them in concentration camps en route to gas chambers. Anne died of typhus at the Bergen-Belsen Nazi concentration camp in March 1945, a few weeks before British troops liberated the concentration camp.

Emmett tells Anne about how he, in 1955, ended up being brutally attacked by a group of racists and thrown in the Tallahatchie River with a cotton gin fan tied to his neck. This happened after he whistled at a white woman while visiting his uncle in Money, Mississippi.

The play is based on an imaginary conversation between Anne Frank and Emmett Till, both victims of racial intolerance and hatred. Anne is the 15 year old Jewish girl whose diary offered the world a gripping perspective of the Holocaust and touched the hearts of humanity. Emmett is the 14 year old African American boy whose brutal murder in Mississippi sparked the modern civil rights movement. Given the current climate of racial tension in this country and the violence and hatred causing turmoil and destruction in other parts of the world, this is an uplifting tribute, a timely reminder and a call to action “tikkun olam” to repair the world.