Todd Olson, Executive Director, took over the reins of the group nine months ago. Todd, whose past experience was heading regional theaters, like the American Stage Theater in St. Petersburg, Florida, came just when the festival was looking to change its format. Instead of one big three-week program, they decided to switch to four seasonal programs. They began the change this past spring. This summer will be the last of the three week festival. In October they will be having a celebration of the British Invasion followed by programs in February and April. Next summer there will be a one-weekend program which will continue to include the Lakefront program.

If you never have visited Columbia during the Festival of the Arts, you will be in for a treat if you attend this year. The Lakefront is free to all and features several professional and several non-profit performances from Friday, June 12 at 5 PM through Sunday, June 14, 2015 at 7 PM. (Unfortunately, there are no rain dates. However, sometimes, groups may be rescheduled if possible). The performances start during the day and go through the evening. The Lakefront is a beautiful venue.

There is a spectacular view of Lake Kittamaqundi, pedal boats to rent and the restaurants around the lake offer outdoor dining that allows you to listen to performances while you eat. If not, you can purchase food from one of the eateries or Whole Foods just opened a store on the Lakefront where you can purchase food. There will also be festival food fare including potables from Maryland Wineries and brew from the Horseshoe Casino. Of course, you can bring you own picnic. Just remember, if you are picnicking or just listening, to bring a blanket or folding chairs as there is limited public seating.

It is a wonderful place to bring families as kids can get up and walk around and dancing is permitted. There are special crafts and entertainment for kids as well. If you want to stretch your own legs, there will be an international art show and sale.

Appearing at the Lakefront will be E. Shawn Qaissaunee, a bassist and guitarist born in Kabul, Afgahnistan and Muddy Crows, a folk rock band, as well as the Chopteeth Afrofunk Band (really a 14 piece orchestra). But the lineup doesn’t stop there and includes Chaquis Maliq (a one woman orchestra), guitarist Shane Gamble, the Andy Poxon Band, the D.C. band Elikeh, the duo Broke Royals, Nelly’s Echo (who was seen on The Voice), Soule Monde (playing jazz and soul), the Pigpen Theater (really a band), the Young Columbians in their 40th Reunion, the Columbia Jazz Band, the popular The Speakers of the House (band), the U. S. Navy’s jazz ensemble, The Commodores,  and last but not least the Glenelg Jazz Ensemble.

During the next weeks there are some wonderful shows scheduled. These are not free shows but the prices for them are well within most folks’ budget. They will be held at the Horowitz Center at Howard Community College and the Rouse Theater at Wild Lake High School.

The three most recognized performers this year are the Grammy Award-winning The Blind Boys of Alabama, a world renowned African American Gospel group. You may have seen them perform on TV. If you have, you know you are in for a real treat. If you have never seen them perform, be prepared for a wonderful show.

Pilobolus, a contemporary dance ensemble, has been, perhaps, one the most popular performing groups. They are returning after a previous successful festival show and are selling out quickly. They are also respected internationally. 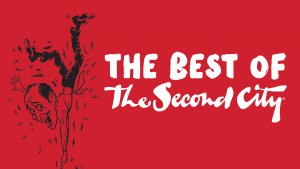 The most familiar name on the program will end the Festival. The Best of the Second City, the improvisational group from Chicago, will at the Horowitz Center at Howard Community College. Second City has given us many of our favorite performers, many who graduated to Saturday Night Live, as well as others, like Stephen Colbert and Steve Carell.

Film buffs will enjoy Hot Club of San Francisco with an evening of vintage silent films accompanied by gypsy swing, The Sundance Film Festival: Shorts on Tour which features 6 shorts that won awards at this year’s festival, and the Sprout Film Festival where you can view “poignant, beautiful, humorous and thought provoking short films created by, for, and about individuals with intellectual and developmental disabilities.”

For those who crave live theater there will be 2 performances of Butcher Holler Here We Come by Casey Wimpee based on a coal mine collapse in Appalachia. This will be presented in near complete darkness at The Studio Theater at the Horowitz Center.

A returning favorite for a fourth time, The Stoop Storytelling series promises to fill the house again this year with their “Kitchen Confidential” theme: stories about cooking, eating, and assorted food issues. As usual for this event, a few individuals will be invited from the audience to present their own unrehearsed tale. On Friday, June 26, The Stoops Storytelling Series: Kitchen Confidential showcases “ordinary” people allowed to tell their stories. This will be their fourth time at the Festival.

They are followed by Max Silvestri, a Brooklyn comedian the New York Magazine called “One of the Ten Comedians People Find Funny.”

If you wonder how Columbia is able to put on the Festival of the Arts, there are four full time and one part time staff members and over 100 volunteers. They have booked some of the best known talents of our time from Itzhak Perlman and Mikhail Baryshnikov to Harry Connick and Judy Collins. Although the festival has always been multi-cultural in its selection of acts, they are now making a bigger effort to reach a younger audience while still grabbing the attention of their biggest supporters, members of the Greatest Generation and Baby Boomers.

As with the Opera on Tap party, they are hoping, according to Todd Olson, to make the art programs more social times. As they transition to the seasonal format they will try to “model the year on what we do right at the Lakefront,” said Mr. Olson.

Although mostly residents of Howard County attend, everyone who loves the arts is invited, either through the purchase of tickets or by coming to the free programs.

Parking is tight around the Lakefront, but free Shuttle Service is provided by Howard County Transit between the Lakefront at Town Center and Parking Lot F at Howard Community College. 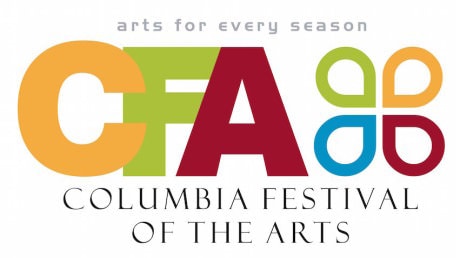 For more information and times visit the festival’s online site. Tickets can be purchased online or by phone from Tickets.com or by calling (800) 955-5566.