THERE’S MURDER (AND FUN) AFOOT AT THE ARTS BARN! 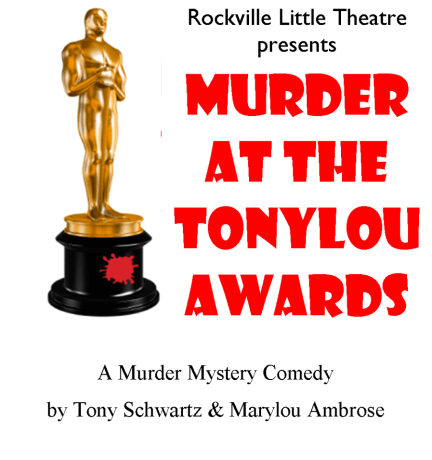 Rockville Little Theatre is hosting the 2015 TonyLou Awards at The Gaithersburg Arts Barn on Saturday, May 30th at 7:00 PM – but don’t be surprised if the ceremony turns into Murder at the TonyLou Awards – an evening of murder and mystery (and delicious desserts) that will delight both amateur sleuths and murder mystery fans alike.

The TonyLou Awards Show begins at the door as well-known celebrity gossip columnist Constance Gabbles greets (and insults) each celebrity. Then they turn the show over to host T.J. Hardcastle, heir of the famous singing, dancing and flying Hardcastles. T.J. sings the famous Tonylou theme song, and the ceremony is officially under way.

But wait, is there trouble in paradise? Lorna Lush, has-been stage diva, is toting more booze than the Anheuser-Busch Clydesdales. Monty Carlo might be a star in his country, but his English is almost unintelligent—sorry unintelligible. Celia B. DeMilo has a weakness for young men, and her newest boy-toy Claude-Jean will do anything to become a star. M.J. Hardcastle carries a grudge against her brother and his wife, Angelina Canoli, who “wins” an award every year. Funky Brewster is absolutely adorable, or is there a nasty secret lurking under that innocent exterior?

The fact is, everyone has a secret. So keep your eyes and ears open and your Sherlock Holmes and Dick Tracy brains working to gather clues. At the end of the evening someone will be ruthlessly murdered and it’s up to you to guess who done it and why. Prizes will be awarded to the first people to correctly guess both the murderer and the motive. 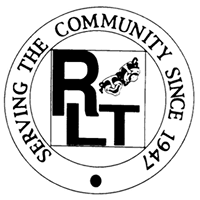 The curtain rises on Saturday, May 30, 2015, for one performance only. Tickets for the fundraiser event are $40 and limited to just 99 persons. For information and reservations, call (240) 242-9735. Doors will open at 7:00 p.m. for a cocktail hour complete with complimentary hour d-oeuvres, juice and soft drinks. (There will also be a cash bar). Guests can mingle with the cast as they drop hints about themselves and the show and give an opportunity to ask questions.

At 8 p.m., the awards ceremony will commence. Audience members have the option to be involved in the show or sit back and watch. A choice of dessert (gluten- and sugar-free options available) will be served at intermission, while the cast keeps a low profile. The fundraising event also includes a silent auction.