At the atmospheric Strathmore complex in North Bethesda on a hot Thursday evening,  on May 28, 2015, the musical presentation entitled The Music of John Williams was a modest delight with many pleasurable moments.  Renowned Guest conductor Jack Everly led the Baltimore Symphony Orchestra in a succession of diverse musical pieces that were a gift from the prodigious artistic imagination of Composer John Williams. 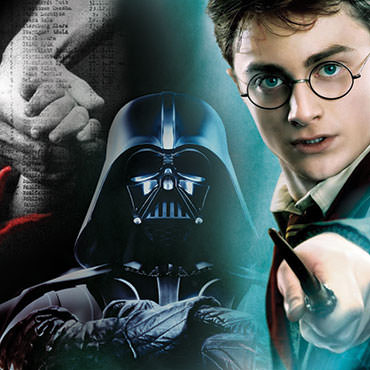 Mr. Everly was assisted not only by the Orchestra but, also, by the assist of the large Baltimore Choral Arts Society––which was lead by Director Tom Hall. (It would have been more effective to utilize the gorgeous vocal prowess of the Choral Arts Society more often but, as a general rule, they were extremely under-utilized).

The evening opened with the “Call of the Champions”—the official theme of the 2002 Olympic Winter Games.  Roaring, fiery crescendos built to a resounding climax.

“The Flight to Neverland” from Hook was one of the evident highlights of the evening with its resounding feel of flight and effervescence. Though this film score is lesser-known, it shone with originality and a feeling of spontaneity.

The overture from the film The Cowboys was lengthy, dull, and plodding, and an unfortunate inclusion.

“Gloria” from the camp classic Monsignor gave the Baltimore Choral Arts Society a chance to shine but the piece itself sounded like re-hashed gospel music of the most predictable and sanctimonious sort.

“March from Raiders of the Lost Ark” was as stirring as expected and brought the audience to loud cheers and bravos.

“Hedwig’s Theme” from Harry Potter and the Sorcerer’s Stone was a whimsical and fantastical delight with conductor Everly gaining every last ounce of musicianship from the orchestra.

“Theme from Schindler’s List” was appropriately somber and moving. The Violin solo was as moving as expected.

“Adventures on Earth” from E.T. —The Extra Terrestrial was effective in every way as the orchestra made one think of the image of E.T. bicycling against the moon.

“Duel of the Fates” from The Phantom Menace was stunningly bathed in saturated red light to show the evil inherent in this number and the Chorus sang its heart out with evocative power.

The main title from Star Wars was a fine and uplifting conclusion to the evening.

The impact of the evening overall was successful and earnest in tone but, unfortunately, some of the peculiar choices performed (in the vast amount of musical choices available from the prolific composer Williams) left one wishing for other more illustrious choices such as Empire of the Sun and Lincoln.

Also, unfortunately, the narration of the evening’s succession of songs was decidedly indecipherable. It is unknown what this was due to but, indeed, barely a word could be heard. This created a very disjointed feel to the evening and numerous complaints.

I am not sure why the audience etiquette at the performance was so unseemly. Members of the audience chatted with one another throughout the numbers and cell phone s were opened with impunity. This is, of course, part of a larger pattern of poor manners at live performances.

Overall, this ambitious production was a success —but film scores are effective because they are integrated into a film. Much of what the audience feels about the production would depend on how film scores appeal to an audience when taken out of context.

Indeed, this production had enough of the fiery tempestuousness that pervades so much of John Williams’ work to captivate and enthrall the audience for an evening out.

Baltimore Symphony Orchestra: A Tribute to John Williams was presented at 8PM on Thursday, May 28, 2015 at the Music Center at Strathmore in Bethesda, MD. There is one more performance today, May 31, 2015 at 3:00 PM at The Joseph Meyerhoff Symphony Hall – 1212 Cathedral Street, in Baltimore, MD. For tickets, purchase them online. For future Strathmore events, go to their upcoming events.