Why is mint chocolate chip ice cream? Why is cancer? Well, that is just the very question that Madison High School’s Advanced Theatre class intends to answer. No one seems to know why certain things are, but 9-year-old Dani plans to find out. 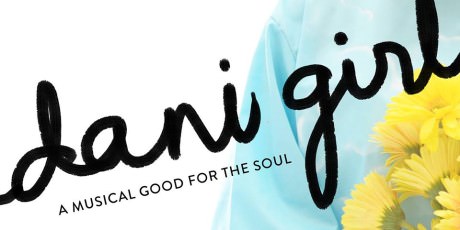 Dani’s cancer relapses, she finds herself back in the hospital. Dani has been diagnosed with Leukemia, a rare type of blood cancer. She has doubts about whether she’ll be able to beat the cancer a second time; but, being as brave and as strong as she it, Dani will stop at nothing to beat cancer. Joined by her Invisible friend Raph, and hospital roommate Marty, the three set out to find out why cancer is, hoping the cure lies somewhere in the answer.

Switching between Dani’s overactive imagination and the real world hospital room, Dani Girl, a musical by Michael Kooman (music) and Christopher Dimond (book & lyrics) is a whirlwind of emotion. Sure to please anyone who sees it, this show is a beautiful tribute to families and sends a message of perseverance and hope in the face of despair.

And it was for those reasons why I, Ashton Schaffer, wanted to direct this show.

It sends a message of hope. Something that the world needs more than anything. There are so many bad things happening in the world, and I believe that people need to hear this story about overcoming adversity and loving family. Dani Girl is a wonderful musical show that sends a message. So often people see shows and think, “that was an okay show.” But then they don’t remember it.

I wanted to do a show that would leave the audience thinking about the message and carrying out the message of love to the world. I wanted to do a show that pushed the boundaries of what people where comfortable discussing. How many times are you going to hear the words cancer and musical in the same sentence? This show puts a whole new perspective on a disease that many people don’t want to talk about. To me that’s what good theatre is all about, forcing the audience to think and to be open to new ideas, otherwise we’re just wasting our time.

When I was two years-old I was diagnosed with the same type of cancer that Dani had. The doctors said that I was hopeless and gave me two weeks to live. Obviously, I overcame the odds and am now 18 (almost 19) years old. That is what first drew me to wanting to direct this musical almost two years ago. It had a great story and connected very well to my personal life. Two years later and here we are, and I couldn’t be happier with the wonderful cast that I have on board with this project. They are all dedicated and willing to put in the effort to make this show possible.

But the show also couldn’t have happened without the financial donations of over 30 people. In all, Dani Girl raised over $1,500 for the rights to the show, and they raised it in just three days.

Paige Cilluffo, who plays Dani, said, “It was really cool to see everyone join together and contribute to this show. It proved that people really want to see good theater and are willing to support a dream.”

The cast, comprised of only four actors, is small but talented. They breathe new life into Kooman and Diamond’s characters and help bring the story to reality. The cast includes: Neal Going (Raph), Paige Cilluffo (Dani), Julia Mann (Dani’s Mother), and I play Marty.

Full of emotion and energy Dani Girl is a show not to be missed. There is something to be learned in every aspect of this show.

Cast member Julia Mann was asked what she thought the message of the show was and what she wants audience to get and take away from the show: “I think this show instills a message of hope and family. It proves that even in times of hardships there’s going to be a way to find the light and overcome despair. No matter what’s happening in your life, things will get better, and the sun will always rise.”