Thirty-four aspiring actors and singers starred in a heavenly production of Bravo Productions’ The Sound of Music last weekend at The Randolph Road Theatre. Under the direction of Producer/Director Laurie Levy Issembert, Music Director Laura Brady, Choreographer Laurie Newton, Assistant Director Valerie Issembert, and Production Assistant Becca Howlett, the hills were alive with the songs and harmonies of Rodgers and Hammerstein’s popular and very melodic score of The Sound of Music, sung with great gusto by this enthusiastic and well-prepared cast of young thespians.

What made this 75-minute production so heartwarming was watching the joy and pride on the faces of the young performers and their parents and siblings. There were whispers of “There he is! “There she is!” followed by loud applause after a son or daughter or brother or sister appeared on the stage, or sang a solo, or even when he or she spun around holding a cloud, a star, or bird during the famous opening number.

And what a performance by Elisa McCaw, whose vocals, as Maria, were simply gorgeous! Her renditions of the title song,“Do Re Mi” and “Lonely Goatherd” with the von Trapp Children: Ayelet Baisburd (Liesl); Daniel Schorr (Friedrich); Allison Howlett (Louisa); Madison Sherman (Brigitta); Emily Ashman (Gretyl), and Eli Langer (Kurt) – were beautifully and energetically sung.

I loved Eli’s enthusiasm and stage presence, and his singing voice really stood out in “Do Re Me” and “So Long Farewell.” There was a lot of chemistry between these von Trapp children, so much that for 75 minutes I was convinced that they were real siblings.

Timothy Proudkii was perfectly stern as the whistle-blowing Captain Georg von Trapp. His rendition of “Edelweiss” with his children was heartwarming and nicely sung with much emotion. Ayelet Baisburd (Liesl) and PG Ruff (Rolf Gruber) delivered a love-struck version of “Sixteen Going On Seventeen,” and it was hilarious hearing the “oohs and aahs” and loud applause when Rolf and Liesl kissed during the song.

I simply adored Jordan Zamoiski’s spunky performance as the tough housekeeper Frau Schmidt. I would never mess with this housekeeper!

Other notable performances were given by Cole Chalfant (Franz and Max Detweiler); Ella Hanson (Herr Zeller); Lilly McKinnon (Admiral von Schreiber); and Danielle Land (Baroness Elberfeld). And kudos to Jordyn Zamoiski and Rachel Reinstein who played the goatherd and goat.

Also contributing fine performances were Ava Klugerman (The Girl in the Pink Coat);Anna Heron (Mama and Fraulein Schweiger);Sela Nesin and Olivia Sosin (menacing Nazi Party officials), and Lilly King, Delaney Single, and Ava Smith, who made up the Saengerbund Trio.

The costumes were colorful and reflected the personalities of the children and the other characters so well. No credit for the costumes was given.

Congrats to Bravo Productions and everyone involved in The Sound of Music. I have confidence that we will see some of these talented performers in future productions on our local stages.

So long, farewell! I will see you at the next Bravo Productions show. 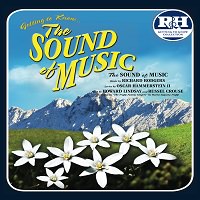 For information on the organization and their upcoming show Peter Pan, go to their website.