“Characters at the edge of life” is how Playwright, Director, and Producer Isa Seyran described his Capital Fringe offering, Brothel. 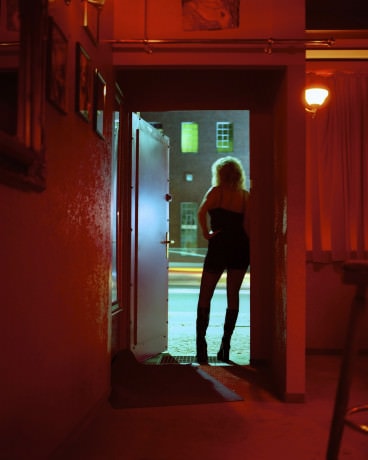 The new play is to be more that a provocative Buzzfeed worthy, click-bait title for Dudes, or a satire about an uncomfortable subject and title in these days of human trafficking.

Brothel is about people living hard lives, on the brink of more bleakness as new disruptions appear. It deals with plenty of deeper issues of society, according to Seyran. He is aiming to examine personal and business relationships and loyalty; replacing the “old” with the “new. Originally from Turkey, this is the first play Seyran has written in English.

The idea for the play came to Seyran this way:

“I was watching a documentary about North Dakota. It was about the oil boom in North Dakota and because of this boom, there were tens of thousands of men living in what they call “men caves” and these men were harassing the few women working in cafes, bars and restaurant around town…”

The play synopsis is this: The middle-aged Hal owns a legal brothel in a lesser traveled part of America. There is the tough-talking Sally who has a sense of what the “best currency in the world” is. She is also the no-longer so youthful prostitute working for Hal. Both she and Hal are aware that times are getting tougher. With his own growing family and his diminishing business not enough to support them Hal is in a jam. He wants to be loyal to Sally, rather than just letting her go. Add to that, State law does not allow him to hire someone new at the Brothel since he does not have a separate room to accommodate a new employee. So he comes up with a plan to bypass State law. Will it work?

Asked to explain additional motivations for Brothel, Seyran explained, “Except in some counties in Nevada, prostitution is illegal in USA…but it is a big reality in many parts of the world. Legal brothels are part of the social fabric in places like India, Bangladesh, and my native Turkey.” According to Seyran, in other parts of the world, brothels are more visible and patronized.

He went on to chat about much larger issues: the relative safety and security and political freedoms in America compared to other parts of the world. He discussed with passion, how in American there is the ability to criticize the President in a tweet and not end up in jail. That is not so, in other parts of the World. “I want the audience to think…and not take this wonderful freedom that we have in this country for granted.”

So, why come see Brothel?

The audience should come and see Brothel for the same reasons of why they go and see any show at Studio Theater or Woolly Mammoth Theater; to have a good time, to laugh, cry, think, and reflect and to learn. Brothel is a very serious drama with some heavy themes and undertones but like any other good drama, it has a lot of funny moments that I believe will make the audience laugh.”

When asked for some dialogue from Brothel, Seyran provided this snippet:

Why don’t you just get rid of her and hire a young girl who’ll make you a lot of money?

Of course that would have solved all my problems and I thought about it long and hard but it is just not that easy, you see she’s been with me for so long. I can’t just throw her out on the street.

So you’re a pimp with a conscious and a big heart? Big deal.

Seyran concluded by indicating that Brothel is a show that brings out questions and questioning one’s behavior in society. He thanked the Capital Fringe Festival for its openness and reception to his play with its characters on the precipice of life. Now, I have not seen the show nor read the full script, nor seen a rehearsal, nor know the performers, but as Seyran chatted, all of a sudden I thought of issues raised by Playwrights Sam Shepard and Samuel Beckett.

Of one last note, after talking with Seyran, the title of his Fringe play led me to this, a recent book called  Sisters in Sin: Brothel Drama in America, 1900–1920 (Cambridge University Press) by Katie N. Johnson, from Miami University who writes about theater, film, and gender studies. Here’s a review. Who knew? 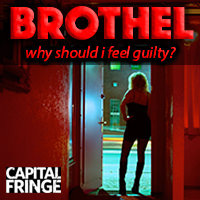 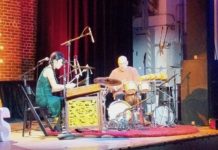