What do Anne Meara, Jerry Stiller, Joan Rivers, Jim Bulushi, Dan Aykroyd, John Candy, Amy Poehler, Tina Fey, Steven Colbert and Steve Carrell have in common?  Well, they are all very funny, of course, but they also all are alumni of Second City. Second City has become one of the training grounds for many of our favorite comedians. 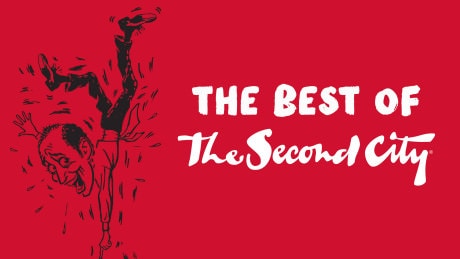 This production is the touring company of the parent group out of Chicago.  However, they are just as sharp, witty and downright funny as their home base counterparts.

On Saturday, June 27, 2015, the group performed the final show of the Columbia Festival of the Arts. It was one of the most anticipated performances of the past two weeks. It did not fail to live up to the hype. It was one of the highlights of the Festival and put a strong period on the last of its three-weekend format.

The performers  under the direction of Anneliese Toft are some of America’s best up and coming comedy talents. The cast on Saturday included Ali Barthwell, Kelsey Kinney, John Sabine, Jasbir Singh, Jamison Webb, and Casey Whitaker. They all have a great deal of experience for their young ages. It would not be surprising if we hear of them again on a more national level.

Tonight they spoofed marriage (both gay and straight), divorce, genetics, artificial intelligence, social media, communication, social anxiety disorder, empty nesters and dating. They go quickly from topic to topic in a rapid series of vignettes that keep your attention and make you laugh.  They use written material and improvisation for their humor. This includes audience participation from calling out topics to a few members being invited up on stage to participate in the action.

The troupe  uses music as well to make us laugh thanks to their very capable Musical Director and accompanist Mary Mahoney.

Whether you see “Second City” in Chicago or Toronto, or if the touring group comes to your area, they are a must see. Who knows? You might be seeing the next head writer for Saturday Night Live.

Running Time: 2 hours, with an intermission

LINKS:
Columbia Festival of the Arts Part 1: Opening Night at the Lakefront by Susan Brall.

Columbia Festival of the Arts: Day Two at the Lakefront by Susan Brall.

Columbia Festival of the Arts: Part 3: Last Day at Lakefront by Susan Brall.

Columbia Festival of the Arts: Part 4: The Blind Boys of Alabama and Andy Poxon Band by Susan Brall.

Columbia Festival of the Arts Part 6: ‘The Best of Second City‘ by Susan Brall.