“Fair is foul, and foul is fair,” and Anne is Nan and Nan is Anne, but only on the west coast. This is Hollywood after all, and things can get a little crazy.  XY Players’ comedy, Experimental, transforms elements of Shakespeare’s Macbeth into an engrossing comedy that pokes fun at the very profession we see come to life on stage: acting. 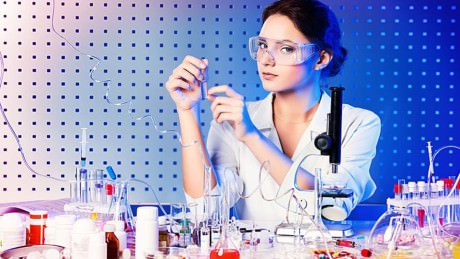 The delight is in discovering the synopsis itself, which it’s clear the troupe feels inclined to hide from audience members until show time. (Let’s just say the playbill page containing a show description might take a little effort to read!) In short, the plot follows a group of actors lured by the opportunity to become Hollywood stars, but throw in a mysterious director with scripts that seem to both predict the future and chronicle the past, and the performance becomes infused with play-within-a-play elements that surprise until the very end.

A small but mighty ensemble of five portray this animated bunch of aspiring performers. Sean Gabbert brings a natural, genuine physicality and portrayal to the slightly narcissistic Roy. Whether paired together with timid Nan (Dena Colvin) or ambitious Deidre (Damia Torhagen), Gabbert commands the stage in timing and commitment. Colvin creates a dynamic development arc for the initially shy and overly self-deprecating Nan. Though Nan would rather play Ophelia than Lady Macbeth, Colvin herself was a delight to watch in any situation.

Perhaps the most driven of them all, Torhagen’s Deidre takes on multiple character roles in various scenes, switching gears fluidly without losing overall energy. Daniel Riker, as the equally mischievous Trevor, elicits some well-deserved chuckles with his uttering of one-liner insults and constant plotting for Hollywood stardom at all costs. Rounding out the cast is Pamela Kasenetz as the hyper-perceptive director’s assistant, Anne. Tasked with bringing a slightly insane and increasingly devious character to life, Kasenetz succeeded without a dull moment, capturing one of the most memorable performances of the evening.

Despite some forced and melodramatic instances—perhaps fitting for this production’s style but nevertheless a bit overwhelming at times—each actor brought humor and interest to the scenes, which piqued attention quite easily. At times, the specificity of physicality seemed somewhat unnatural, though moments never lagged and the 90 minute production felt comfortably paced.

The atmosphere remained relatively basic, allowing the acting to shine more. Besides a lone table, a few chairs, and some makeshift backdrops, the stage remains clear, which creates an appropriate space for the actors to portray, well, actors. Yet, at times transitions seem a little disjointed, particularly towards the beginning of the piece. Some faint music chimes in, sometimes abruptly, gradually, or not at all. Perhaps some consistency in the background music or tweaks in blackout usage can improve any dead space otherwise felt in transition.

Overall, XY Players give an entertaining and playful performance fit for all ages, mixing elements of classic Shakespeare with contemporary humor and intrigue. Truly, a successful experiment in bringing a new meaning to ‘avant-garde.’