Memo to Star Johnson, mastermind of OpenStage’s How to Quit Your Day Job: 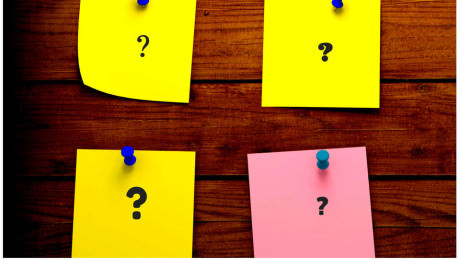 It could also serve as Fringe’s 2015’s keynote speech — raw, real and relevant.

Not perfect, though, and that’s OK, too. The score is far from catchy, suffering from a case of mono (for monotonous). And like most Fringe shows, the talent is uneven and rehearsals glaringly few.

But Fringe is an incubator and, for Baby Boomer parents, this promising work hits nerves like a baby’s wail. The plot follows four fill-in-the-blanks X’ers, they of the Barney generation, who are anxious heirs to the Boomers’ flimsy endowment.

Izzy, a bright, young career woman marking her fourth year in cubicle hell – really, only marking time — yearns for her big Broadway break while crippled with self-doubt. Kate is a workaholic who works hard for da money; she knows what it is to be poor and won’t risk turning back, even though she’s not having much fun. TJ sold out as an accountant but deep-down is a frustrated writer and reluctant Romeo – also deep-down in love with his pal Izzy, though he can’t find the words to express his feelings. And Manny is a starving artist, a rapper with dreams of escaping the mean streets of Anacostia — a ruffian diamond in the rough.

The actors playing them are doubtless the most adorable conduits of a playwright’s vision since Avenue Q or [title of show] or Edges: A Song Cycle. Johnson likely won’t mind such comparisons, as her reverence for musical theater is giddily on display.

In “Stephen, Andy, Johnny and Lin,” TJ (Vaughn Midder, arguably the most gifted thespian in the cast) rattles off a tribute to musical idols as if Johnson is his ventriloquist in the wings.

The patter song “17th & K,” nailed by ingénue Janani Ramachandran, showcases Johnson’s astute insights into D.C. culture — that meaningless merry-go-round of overwork and self-medication. The Metro subway map backdrop, conceived by Brittney Sankofa and constructed by Mensa Kondo, reinforces the characters’ lack of direction and/or dead ends. Only a couple of songs could be considered tuneful, but to composer Justin Paschalides’ credit, his fusion of street style (Jay Z) with wanna-be-Sondheim is mostly cohesive, even if the actors can’t always pick out their notes. The songs work best as lyrical speech, and Midder and Ramachandran rescue several with their charismatic, comedic instincts.

Without warning, the book turns achingly sad, driving home the burdens these young people are saddled with: untimely regret, debt, stagnation, even burnout.

One showstopper is “Trust Fund Baby” – a slow jam by Kate (the electrifying Shannan E. Johnson) and Manny (Olufemi Daaka, a newbie to the theater with his own special charm). Savor this star Johnson’s too few spotlight moments. Even where the material lags, she’s luminous. She first makes her presence known in the child-like “You’re Not Special,” steals the show with to-and-fro tribal dancing in “The Chronicles of New York” and will steal your heart with soulful commitment in an otherwise musically awkward “How to Make It Look Like It’s All Part of the Act.” She’s the whole package, making it look like it’s all part of a “countdown to a meteoric stage career.”

Another highlight: Daaka’s tear-jerking “Diamonds” rap, for which he shares a writing credit and during which his artistry finally crystallizes.

Nurtured over two years – a byproduct of Johnson’s own ricocheting dreams to make it in New York and grudgingly return home — How to Quit Your Day Job may be formulaic, but in a winning, fresh and funny way.

Writer/Director/Producer Star Johnson holds up mirrors to fellow soul-searchers or preachy parents and declares the “X” in X’ers simply to be solving for the unknown – whether X be an untold passion or uncharted destination. And she throws down the gauntlet for anyone who might doubt her or express disappointment. This critic wouldn’t dare.

“I never really understood critics or the concept of someone telling me whether a film or a show or a cheeseburger’s good,” Manny says in the lead-in to the searing, smart song “Critics,” which references DC Theater Arts website among other outlets. “If you like the cheeseburger, then it’s good … who really cares about the meat-to-cheese ratio?”

“If there were no reviews, there’d still be art,” he muses. “If there was no stage, you’d do your show in the park.”

Or someone’s house. Or under a tent. This show, heavy on the meat and light in the cheese, is for anyone who, like TJ, is “trying to start trying,” who has art bottled up inside. And that’s what Fringe and friends are for: to unstop yourself and let the juices flow.

BEST OF THE 2015 CAPITAL FRINGE