Bortle 8, a one-man show written and performed by Chris Davis is part stand-up routine, part science fair project, part sermon. The title refers to John Bortle’s scale for the number of stars visible in the night sky depending on the light pollution. Davis’s search for Bortle 8 – or perfect darkness is a metaphor for a bizarre, intriguing journey into his history, subconscious, and relationship woes. He achieves a surprisingly expansive feel given that it’s just a guy in a grey t-shirt on the tiny Argonaut stage. 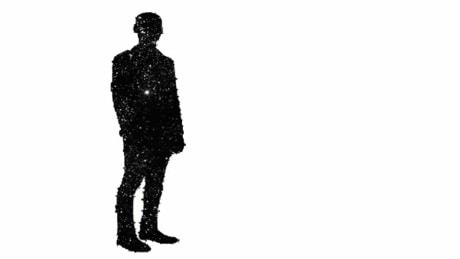 The sound design sound design by Adriano Shaplin, who also composed the spacey new age music is a big part of that. Mary Tuomanen directs and the meld of music, lights, words and actor add up to so much more than the sum of their parts

Davis keeps up a good banter with the audience and peppers his grandiose explorations with enough mundane TV references and self-deprecating home truths to keep him honest. At first, he says “I counted the start last night. There were 8 – it was a clear night.” Sadly, around here, that’s as much as you can say sometimes. He did throw down some hilarious DC references, even though he is from Philly. Towards the end, he conjured many more stars with some clever mime work as he searched out Bortle 8 when it turned into more of an epic poem than a theater piece as we traveled with him and a fantastical journey through life and death and love and the occasional barnacle. I have to admit he lost me at times and the references were best when they tied the story together, but the overall impression I got was of a kid falling in love with the world again, even if none of us can really be kids and have to go back to work in the morning.

Bortle 8 plays through Sunday, July 26, 2015 at The Argonaut -1433 H Street NE, in Washington, DC. For performance times and to purchase tickets, visit their Capital Fringe page.