Infusing introspective folk rock with progressive political persuasions, the genre-defying, Grammy Award-winning Indigo Girls returned to Wolf Trap last Tuesday night for a cerebral celebration of alluring acoustic arrangements and pristine vocal harmonies before an energized near capacity crowd, marking the 30th anniversary of the duo – Emily Sailer and Amy Ray – uniting as a band, as well as heralding the recent release of their 14th album, One Lost Day. 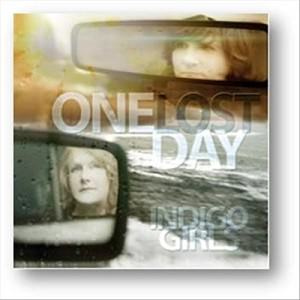 Performing before a diverse mingling of devoted die-hards, along with more casual fans and Wolf Trap community regulars, Atlanta singer/songwriter and multi-instrumentalist Michelle Malone primed the enthusiastic audience with a scintillating 35-minute opening number, revving up the stage for the evening’s anticipatory headliner with her sharply-honed alto voice, passionate guitar playing and gutsy saunter.

In tandem with the Indigo Girls, Malone introduced the release of her new CD, Stronger Than You Think, featuring a vibrant set of songs like “Vivian Vegas” and “Fish in a Tree”, which culminated with her flourishing slide guitar performance in “Feather in a Hurricane.” 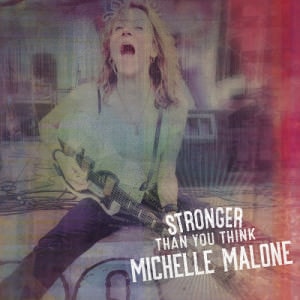 True to form, the Indigo Girls took to the stage seamlessly and with unassuming aplomb, appearing poised to sprint right out of the gate. Backed by percussionist/drummer Jaron Pearlman, bassist Ben Williams, keyboardist Carol Issacs,  and violinist Lyris Hung, the Indigo Girls were as engaged, evocative and efficient as ever, tearing through a 23-song set packed with their well-loved classics sporadically peppered with newer material such as “Fishtails”, “Elizabeth,” “Learned It on Me,” “Come a Long Way,” and “Happy in the Sorrow Key.” They offered a multifarious, albeit well-received, representation of their prolific 30-year catalog, including popular favorites like “Get Out the Map,” “Joking,” “Hammer and Nail,” “Shame on You,” “Least Complicated,” and “Galileo,” which got the audience moving, cheering and singing – each song packed a potent punch of inspiration and musical merriment.

Consistently crowd-pleasing, the concert capped with the Indigo Girls’ 1989 smash hit, “Closer to Fine,” the last encore song of the evening. With nearly the entire audience on its feet singing along word for word, joined again by opener Michelle Malone, the finale provided the crowning climax to the night’s non-stop, 2 hour rousing performance.

With grace and gratitude, the Georgia-based ladies delivered a stellar show, solidifying the stalwartness of their trademark acoustic Indie sound and vocal chemistry through the test of time. Whether in unison, with close harmonies or in mini-rounds through choruses of broadly universal yet intensely personal music, the Indigo Girls emblematize the “Power of Two.”