On August 1st 2015, the National Symphony Orchestra presented Star Trek, the 2009 epic film drama by Paramount Pictures and Spyglass Entertainment at Wolf Trap. Conductor Emil de Cou lead a 96-piece ensemble, providing a Michael Giacchino’s thrilling live score to accompany the feature film in what was an exceptional and unforgettable night of entertainment. 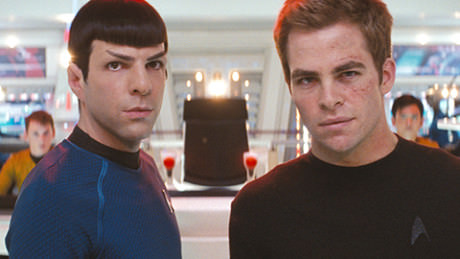 Now, I don’t have too much experience with the Star Trek franchise. I watched a bit of the Next Generation television show with my father when I was a kid, but aside from those fond (if vague) memories , I was a complete newbie. However, I attended the NSO’s accompaniment of Back to the Future at Wolf Trap last month, and I had such a fantastic time there that asking to review this show (which encompasses the same concept, just a different film) was a no-brainer, and I could not be happier that I did.

Composer Michael Giacchino introduced the film to the crowd in person, encouraging the audience to take a few  moments and look down at the swift musicians throughout the show. This is movie-watching that one could never re-create at home–unless of course, you had enough space to fit the entire National Symphony Orchestra underneath your television. While subtitles are provided on the big screen, I found them superfluous– the technical crew managed to make the film’s audio crystal clear over 100+ instruments, so I never needed them.

While I’m not a huge Sci-Fi person, the movie itself was incredibly entertaining. While thrilling and action-packed, I was surprised at how funny it was. Of course, I’m willing to bet that any film shown in this setting would be enjoyable– being a part of a huge crowd of excited people who all share a passion is energizing. The audience itself plays a big factor in the enjoyment of the evening; they clapped and gasped in all the right places, and were not shy about expressing themselves at pivotal moments in the film. Perhaps the most emotional moment was when the late Leonard Nimoy appeared onscreen, and the applause was deafening. When he saluted and said, “Live Long and Prosper,” a sea of hands saluted back.

What the National Symphony Orchestra is doing here with these film projects are not only incredibly entertaining– it’s smart. When one thinks of the NSO, it is likely that they are thinking of intimidating, highly sophisticated entertainment that cater to a very specific audience. By providing a live score to films that are loved by all kinds of people, they are gaining maximum exposure.

I had a fantastic time at National Symphony Orchestra’s Star Trek, and I’ve decided that, no matter the film, I will always be in the audience when Wolf Trap hosts the NSO for a truly spectacular “movie night.”

Running Time: Approximately two and a half hours, including one 15-minute intermission. 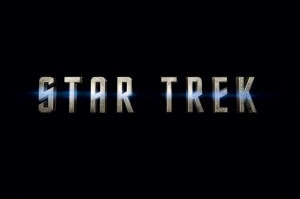