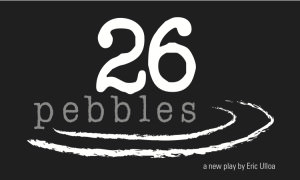 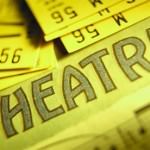 The March on Washington for Gun Control will present a benefit reading of a Newtown documentary theater piece, 26 Pebbles by Eric Ulloa, directed by Molly Smith. This is a stirring new play that explores the power of community in the face of the tragedy in Newtown, CT.

On December 14, 2012, 20-year-old Adam Lanza fatally shot 20 children and 6 adult staff members at Sandy Hook Elementary in Newtown. The tragedy captured the attention—and broke the hearts—of the entire nation. These 26 innocent deaths—referred to by one Newtown resident as “pebbles thrown into a pond”—created ripples and vibrations that were felt across the country and beyond. Proceeds from this event will benefit the Newtown Action Alliance and Everytown for Gun Safety.

Playwright Ulloa conducted interviews with residents of Newtown in the months after the tragedy—including shop owners, parents of students, religious leaders, spiritualists, town workers and others who were touched by the tragedy. These interviews create a new verbatim play about the lasting impact of gun violence in a community.

Molly Smith, one of the organizers of the MWGC, says: “As a private citizen, I am responding to the epidemic of gun violence through Eric’s beautiful play about Newtown. Over 30,000 people die each year from gun violence in America. On a yearly basis we lose more lives from gun violence than the Ebola epidemic in Africa or prostate cancer in the United States. We need common sense regulations now. The right to own a gun is not the right to own any kind of gun.”

LINKS
‘From Broadway With Love: A Benefit Concert for Sandy Hook’ Video Interviews and Highlights by Joel Markowitz.

The March on Washington for Gun Control Is This Saturday, January 26th at 10 AM.