All the components of a phenomenal production march across the stage of the Sacred Heart School Auditorium for the Glyndon Area Players’ (GAP) 2015 summer musical: Shrek The Musical. There are clever scenic elements, including an exploding bluebird and flats that link together easily for quick shifts from the Ogre’s swamp to Dulac castle. There is an over-twenty-foot-long dragon puppet that garners gasps from the audience and a complete rack of cyber lights that add magical swirling gobo patterns and rock and roll rhythms.

The costumes, from Donkey’s hoofs to Lord Farquaad’s legs, from Fosse-dancing rats to revolutionary wooden boys, are remarkable. There is a cast of nearly flawless singers, many with high-level professional technique and seasoned vocal dynamics.

The orchestra is always on step with the 30 plus songs in the score.  Jeanine Tesori (This year’s Tony Award winner for her score for Fun Home) and David Lindsay-Abaire (Pulitzer prize-winner for Rabbit Hole)’s adaptation of the Dreamworks masterpiece has been given the heart and soul, toil, time, and money of an entire community theatre and church, and the result is a sparkling visual and aural feast.

Homero Bayarena directed the production and plays the role of Farquaad. He has brought to bear the full resources of GAP and an absolutely herculean effort has been made to make this production look and sound just the way a charming fairy-tale musical should. Bayarena also was Co-Costume Designer (with Kari O’Donnell) and co-set designer (with Michael Parks).

The principles, Bayarena, Tom Zepp in the title role, Alyson Marks as Princess Fiona, and Xavier Brebnor as Donkey, are well cast.

Zepp brings a casual charm to Shrek; Brebnor is smooth-talking and multi-layered as Donkey. Marks has an aggressive sweetness that fits both Fiona and the theme; Bayarena is slimy and effete, with the most polished work of the show  Likewise, Zepp’s delivery of the tender “When Words Fail” is just as convincing as his rocking “Big Bright Beautiful World.”

Brebnor’s best work is during the wing-man song “Make a Move” when he soulfully encourages Shrek to do what the song demands. Marks and Bayarena are equally strong singers, though their roles are written such that comic timing in songs like “Morning Person” and “Ballad of Farquaad” is more important than vocal power.

That said “I Know It’s Today” (this reviewer’s personal favorite song in the score) is sung beautifully by Marks and both her younger selves (Sophie True/Jenny Yarmis).

Unfortunately there were some mishaps at my performance last night. Maria DeBaugh’s choreography, which presents a cross-section of classic Broadway musical comedy, was too often executed clumsily. The computerized followspots often opened off center of the performer and the magical effect for Fiona’s transformation was focused on the hem of her dress. Much of the staging of the scenes was reduced to moving stage left to stage right, or gathering in a large semi-circle. With certain stock poses, such as Brebnor’s hoofs-on-hips mugging to the audience, they became repetitive or choices failed to match the dramatic moment, such as Zepp not attempting to frighten the fairytale invaders in his swamp or Marks not showing signs of fatigue on day number 8423.

With that said, it is important to underline just how remarkable the Glyndon Area Players are, as both a production company and a community effort. The theater itself is exceedingly well-funded and it is clear that the entire GAP community has made their contributions to the 18th summer production at the Sacred Heart school. However, the community feeling doesn’t end there. The Pastor of the church has contributed his support and even written a program note.

The intermission is a brief social gathering in the adjacent cafeteria; audiences are invited to attend a luncheon with the characters. Members of the audience don their ogre ears to show solidarity with the cast and sing along to the “I’m a Believer” encore.

This experience, plus the magnificent visual and vocal work that has been done, plus Tesori’s score, make this production of Shrek well worth seeing. 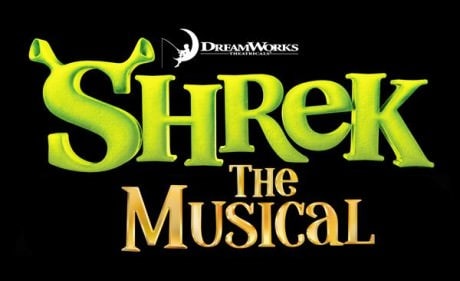