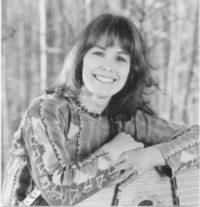 The British Invasion Festival kicks off with an English-inspired Afternoon Tea with savories, scones, sweets, and Celtic dulcimer. The Washington Post says that Jody Marshall “deftly balances the artful and the playful…lovely, lively, and shimmering.” Nominated as “Best Folk Instrumentalist” by the Washington Area Music Association, Jody’s performance credits include the Corcoran Gallery of Art, the Maryland Renaissance Festival, the Kennedy Center, and the White House. Tickets are $20.00. 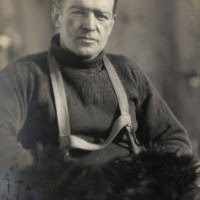 In 1914 Sir Ernest Shackleton departed London for the Antarctic. En route, his ship was beset in the ice and sank. Facing all the horrors that the Antarctic could bring to bear, he successfully managed to get his men to temporary refuge on the desolate Elephant Island, then embarked on an 800-mile open-board journey in order to rescue them. This expedition and the subsequent events have become one of the greatest real-life adventure tales ever told, elevating Shackleton among the ranks of great leaders. Combining scholarly analysis with masterful storytelling, Professor T.H. Baughman is one of the foremost experts on polar history. Dr. Baughman is a professor at University of Maryland Eastern Shore and has spent 19 seasons in the Antarctic; he lectures around the world about leadership under pressure. Tickets are $10.00. 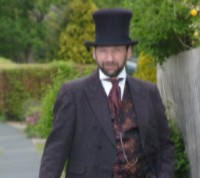 Gerald Dickens – the great-great-grandson of Charles Dickens – invites the audience to join him in a stunning theatrical interpretation of Charles Dickens’ masterpiece Great Expectations. Based on readings performed by Charles Dickens during his own British and American tours, Gerald Dickens performs every character in this literary masterpiece. This Great Expectations keeps you on the edge of your seat as Gerald retells his ancestor’s beloved coming of age story featuring the young orphan Pip, the eccentric Miss Havisham, beautiful Estella, escaped convict Abel Magwitch, and other colorful characters. Gerald infuses his own talent and personality into his great-great-grandfather’s story with special knowledge and insight. Tickets are $30.00. 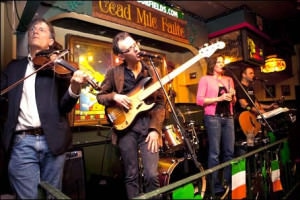 40 Thieves has established themselves as one of the best-loved Irish bands in the Metro DC area. From the cozy confines of Irish pubs to the wide-open stages of the festival circuit, this rocking ensemble has wowed crowds by wedding old fashioned and newfangled Irish music with straight ahead rock and roll. Vocalist Melanie Caudron’s rich, mellow croon meshes beautifully with Dave Dresser’s gritty guitar, Randy Latimer’s classically honed Cape Breton fiddle, Guinness-inspired grooves by drummer Jim Sullivan, and Charlie McNamara’s bass. Tickets are $22.00 (beverage included). 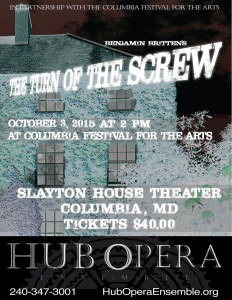 Based on the novel by Henry James, Benjamin Britten’s The Turn of the Screw is one of the most thrilling works written for the operatic stage, in which nothing is really as it seems. Hub Opera’s mission is to provide young artists opportunities to spread the joy of professional opera to communities that do not have easy access to the arts. Founded in 2010 and based in Hagerstown, The Hub Opera Ensemble is devoted to bringing quality professional opera to communities where the art form is not yet represented. Additionally, the ensemble provides opportunities for aspiring young artists and business professionals to reach out to the community and share their passion for opera and performing arts education. Tickets are $40.00. 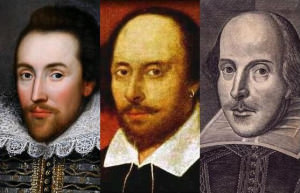 With a performance of Shakespeare’s Lovers
Slayton House Dance Studio

Shakespeare and Afternoon Tea make for a quintessential English Experience! Explore the complexity of love through the words of William Shakespeare while you enjoy tea, savories, scones, and sweets. Embark on a journey of timeless love as some of the Bard’s best-loved romantic scenes and sonnets are performed. Tickets are $20.00. 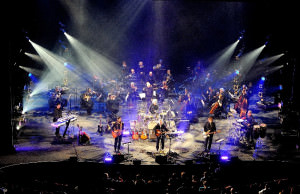 The album that has been called a decisive moment in the history of Western civilization comes to Columbia – not a tribute band, these world-class musicians take on The Beatles’ Sgt. Pepper’s Lonely Hearts Club Band, note for note, cut for cut, allowing the audience to experience this remarkable album in its entirety. Musicians from the Columbia Orchestra will join Classic Albums Live on stage as they perform Beatles’ classics like “With A Little Help From My Friends,” “Getting Better,” and “When I’m Sixty Four.” Founded in 1977, the Columbia Orchestra is a full symphony orchestra that rehearses in Howard County.  Conductor and cellist Jason Love, winner of the American Prize for Orchestral Programming leads the orchestra in his sixteenth year as Music Director. Tickets are $38-$48.00. 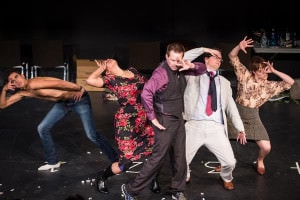 Is it even possible to perform 30 short plays within 60 minutes? It is if you are the audacious and unforgettable ensemble of writers, actors, and performers called The Neo-Futurists. The group creates hilarious theatre that is a fusion of sport, poetry and living-newspaper. The 30 plays – lasting between 30 seconds and three minutes – tend to be a mixture of autobiography and performance art, as with much of the Neo-Futurists’ work. An amalgam of performance and political satire, the Neo-Futurists present experimental theatre at its finest. Tickets are $30.00. (1st beverage included).

41 North 50 W
Based on the 1912 Titanic US Senate Hearings. A staged reading of the Titanic story you never knew
By Robert Neal Marshall. Directed by Todd Olson.

The Rouse Company Foundation Student Services Hall at Howard Community College. The legend of The Titanic has endured for over a century with well-known tales of sacrifice and human tragedy. But few know the events that transpired immediately after the ill fated White Star Liner sank near her last reported position of ’41 North 50 West.’ For 18 days a U.S. Senate Inquiry was held in New York to determine the causes of the disaster. Revealed in this play are the sunning unknown back stories, including unsung heroes, irresponsibility, misinformation, and unregulated new technologies that echo still, a century later. Experience the direct testimonies from witnesses and survivors, including those who raced to help The Titanic, and see the pieces of a chilling puzzle come together. Tickets are $10.00.

The Rouse Company Foundation Student Services Hall at Howard Community CollegeEarlier this year, Columbia Festival of the Arts awarded a commission to playwright Gwydion Suilebhan for the creation of a new play inspired by ’s founding in 1967. Just a few short months later, we are now able to showcase this work-in-progress with a staged reading of select scenes. Participants in this creative process, audience members will be able to react, offer feedback, and tell more stories about what it was like in the early days of Columbia. The final version of the play that will be presented as a fully realized production in 2017 as the Festival celebrates 30 years and Columbia turns 50. Suilebhan, a Maryland native and former Columbia resident, has been interviewing both pioneers of the “New City Upon A Hill” and newcomers, transforming their stories into a theatrical piece that investigates who we were, why Columbia exists, and why it matters in the 21st century. Tickets are $10.00. 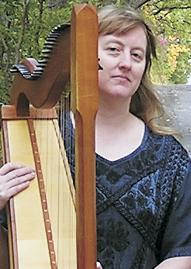 Enjoy British High Tea complete with finger sandwiches, scones, dessert, and Celtic Harp by Jo Morrison, who is nationally known for her evocative interpretation of Scottish and Irish harp music. Drawing on her Scottish heritage, Morrison paints vivid Celtic imagery through her performances – using exciting, upbeat dance tunes and evocative, emotional airs, touching the souls of her audiences. Equally at home at The Smithsonian, Strathmore Hall, or the Maryland Renaissance Festival, Morrison promises a satisfying musical ending to our Fall Festival. Tickets are $20.00.

Columbia Festival of the Arts was founded in 1987, and is Howard County’s largest ongoing arts event. Columbia Festival of the Arts “Arts For Every Season” presents four weekend-long arts festivals throughout the year. featuring world class performances, exhibitions, concerts, music, theatre, family activities, master classes, workshops, and community dialogues. The Festival brings together the arts community, businesses, local schools, and individuals to create events that shine a spotlight, not only on the arts, but also on the Howard County community as a Maryland showplace.