Playwright Helen Pafumi and the JCCNV/Jewish Community Center of Northern Virginia have partnered to develop a staged reading of the world premiere play Redder Blood.  The play was written by Pafumi, the artistic director of The Hub Theatre. The reading is part of the Women’s Voices Theater Festival.

The partnership between Pafumi and the “J” is one of the first activities under a broad expansion of the “J” cultural arts programming. Redder Blood, “speaks to the complexity of the issues facing interfaith families. The voice is unique and genuine, specific and yet universal.” said Jeff Dannick, JCCNV Executive Director. “Redder Blood will provide a launch pad for conversation and exploration for our community, with the potential to have a similar impact throughout the country.”

According to Dannick, the majority of the “J” population, “are members of interfaith families, and we need to be creative and innovative in our approach to engagement with those families.”

“We first met with Helen during the summer of 2014, and once we decided to become a ’patron” (providing a small grant), we worked out a timetable for a first draft,”said Dan Kirsch, cultural affairs director, JCCNV.  After a review of the script and then a table-read: “we approached the Women’s Voices Theater Festival and asked if we could be included, added Kirsch.

Asked about the play’s inspiration, Pafumi indicated it, “started off as an exploration of my parents’ marriage.  Growing up interfaith in my house was not an easy road. Both my parents had strong beliefs and were/are guided by their respective faiths. Trying to find a way to let those beliefs co-habitate was never easy. I have always questioned faith and religion and how it molds our self-image. So this play, for me, is about self-worth, or about feeling worthy enough.”

Pafumi made clear as well that the play is not just a drama. “I am writing a funny play. At least, I am trying like hell to write a funny play.”

When asked about the importance of a staged reading to her play’s development, Pafumi was clear: “For me, public readings are an absolute must when it comes to development. There is nothing more informative that sitting with an audience as they take in the play. I may think I know what kind of play I have written, but I don’t know for sure until it is shared.  I know when jokes land, when something is confusing, when a moment makes everyone lean forward.  I love watching the audience.”

Here’s a synopsis of Redder Blood:

Sadie’s family is a tight knit one. Her father, Sahm, is a difficult and hugely flawed man who is sincerely lost. Her mother, Ada, is steadfast and ferociously dedicated to her family and keeping it together. Aaron, Sadie’s brother is the coolest Rabbi you will ever meet, just ask him, and Sarah, their sister is still in high school and her biting wit and smarts keeps everyone on their toes. Sadie has just met Spencer, who is about as good as a guy can get. And then there is God; she is an irreverent, wily and funny Supreme Being – her and Sadie have a lot in common. God just won’t let up. Sadie has heard the voice of God her entire life. But she has never answered back, after all, why her? As her parent’s marriage crumbles, and her own love interest takes off, Sadie’s life takes a comical turn toward the absurd. And in the midst of it all she must come to terms with her own worth and whether or not it’s time to let in the voice.

There is an open invitation for audiences, whether members of the JCCNV or not, to come out and take in Redder Blood. The reading is Monday evening, October 19, 2015. While free, reservations are requested. “We want to do more theatre, and this is a great way to start involving audience in the process and get them hungry for more productions/performances.” said Kirsch.

Redder Blood – a staged reading – will be performed on October 19, 2015 at the Jewish Community Center of Northern Virginia – 8900 Little River Turnpike, in Fairfax, VA. The event is open to all. For future cultural events, check their website here.

Note:  The Redder Blood title’s origin? From Pafumi and an Internet search comes this: Many centuries ago the Sage Rabbah was asked a question, “The non-Jewish ruler of my city ordered me to murder a fellow Jew and if I fail to do so he will murder me. What should I do?” The Sage’s response: “Allow yourself to be killed rather than commit murder. Who says that your blood is redder than that of the other fellow?” 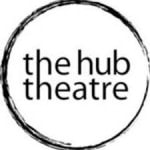 Note:  Redder Blood will have a full production at The Hub Theatre in July 2016.