Spooky Action Theater opens its 2015-2016 season on October 1 with the World Premiere of Can’t Complain by internationally acclaimed author Christine Evans. Workshopped last year as part of our New Works in Action program, the full production of the play will be directed by Michael Bloom, former Artistic Director of the Cleveland Play House, whose production of The Price was seen recently at the Olney Theatre Center. Can’t Complain is part of the Women’s Voices Theater Festival, a city-wide event dedicated to featuring new work by female playwrights and highlighting the scope of plays being written by women.

For Can’t Complain, three generations of women come together in a rich and complicated personal tapestry. In Christine Evans’ script, Rita (Cornelia Hart) finds herself restlessly confined in a hospital for “a few tests,” which her daughter Maureen (Tonya Beckman) has arranged. Rita begins to plot her escape with the help of her boisterous elderly roommate Iris (Wendy Wilmer), her granddaughter Jansis (Nicole Ruthmarie), and her cat’s new best friend, the Devil. Rita battles her present situation – until a riotous party night with Iris and the Devil collapses her escape plan and brings her face to face with her past.

“I love Can’t Complain: It has soaring, poetic language, great heart and lots of humor. And it has a wonderfully theatrical imagination. It’s a play about coming to terms with loss, and we can all relate to that. Rita is a fighter and a survivor, which makes her an appealing character,” says Director Michael Bloom, who is working with both Spooky Action and Christine Evans for the first time. “I love working for theatres that take chances and produce plays that stretch the boundaries of theatre. Christine is an incredibly smart writer who knows how to turn feedback into great ideas.”

The production design team includes artists who have collaborated on previous SAT productions as well as projects at a number of regional theaters, like David Crandall (sound design) and Brian S. Allard (lighting design), but also new partners, such as Luciana Stecconi (set design), and Robert Croghan (costume design). 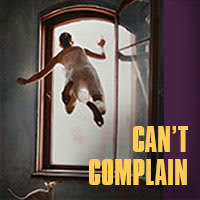 Purchase tickets online HERE.
or at the theater one hour before performances.
For information, or to purchase by phone, call 202-248-0301. 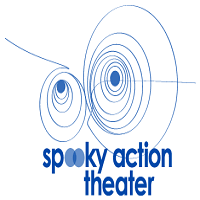 NEW! Free off-street parking is available for every performance
at the Masonic Temple, diagonally across from the theater.