As EgoPo Classic Theater’s  Artistic Director Lane Savadove said in his curtain speech, “Women play a big part of the American canon.” And the 2015-15 season’s theme, “American Giants II: Women,” a season featuring all female playwrights, makes sure to follow that mantra. It kicks off with an inspiriting challenge by producing Lillian Hellman’s powerful drama, The Children’s Hour.

The Children’s Hour was originally written in 1934 and blacklisted for several decades. While the play may be a few decades shy of a century old, it still has a myriad of issues relevant to a modern audience. Though sometimes these can get lost in the text, guest director and Swim Pony Performing Arts Founder Adrienne Mackey’s adaptation for a modern audience was successful. Mackey created storytelling set in the 1930s but viewed through a modern lens, encaptivating and not exorcising the audience from the story unfolding in front of them (a difficult feat for a cast so large and a play so dense). 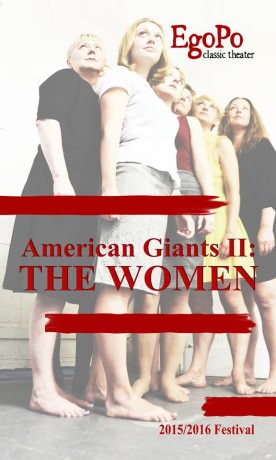 Mackey led a sizable cast to victory. While the questionably didactic relationship between Karen (Jenna Horton) and Martha (Emilie Krause) was lacking fervor in the first act, the duo bulldozed through Act II serving nothing but successful tension and emotional realism. Krause’s final monologue specifically sent reverence and heartbreak through the audience. Add Cheryl Williams (Mrs. Tilford) in for the final scene, and her half of the text is nothing but complete domination and demonstrative performance.

Mary Tillford, played by Maggie Johnson, instigates the gay witch hunt with such convincing Regina George manipulation and deception. Joe (Keith Conallen) challenges a lot of Mary’s actions with an ease and fixated energy not seen elsewhere in the cast. The ensemble of school girls invite a youthful presence to the stage, impressive since none of them are the young age of the girls they are playing.

The set is a beautiful 1930s visually-stunning tennis court design by Czech designer Markéta Fantova. The ability to have three distinctly different spaces in an open floor plan is surprisingly malleable and frankly impressive, from the use of the space’s original hardwood floor to the chalk board covered in intricate doodles and lessons. These pieces are perfectly highlighted and segregated when necessary by Lighting Designer Maria Shaplin. Specifically, the practical lamps and use of physical window panes for moments was striking and effective.

Costumes by Jillian Keys accurately represent the time period and the position of school children and teachers. The variation between the different school uniforms was refreshing and yet still cohesive. Original composition by Joshua Boden was non-diegetic and abstract, helpful in scene and location changes, as well as canned sound effects when needed.

Running Time: Approximately two and a half hours, including one intermission.

The Children’s Hour plays through October 25, 2015 at EgoPo Classic Theater performing at The Latvian Society – 531 North 7th Street, in Philadelphia, PA. For tickets, call the box office at (267) 273-1414, or purchase them online. 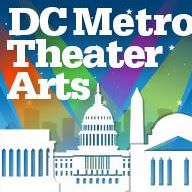