Bowen McCauley Dance is currently celebrating its 20th anniversary season with a four-piece retrospective. All choreographed by Lucy Bowen McCauley, the opening number takes the audience back to the company’s founding in 1996, where fittingly it performed “What’ll Ya’ave, Luv?” at Dance Place. Its final selection, “Part of the Main,” is a world premiere, however.

The contrast between the four pieces illustrated the spectrum of approaches that Bowen McCauley Dance has taken over the years. 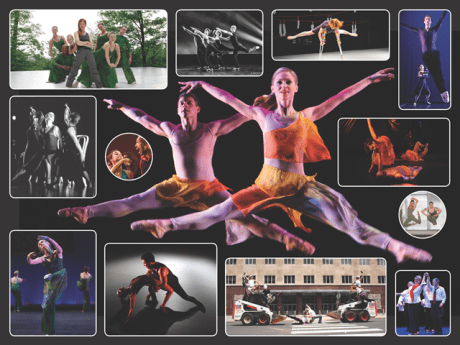 In “What’ll Ya’ave, Luv?” Ms. McCauley uses six Tavern Songs (drinking songs) of one Henry Purcell, a seventeenth century composer with a delightful gift for theatricalizing his lyrics. The piece’s three dancers, Alicia Curtis, Alexandra Keen, and Joan Ayap, provide visual and kinesthetic behavior to the pain and the shenanigans suggested by the words, and the combination tingles with imaginative humor and smiles.

The second piece of the evening, “Bach Chaconne in D minor” created in 2014, takes the audience in a completely different direction. First we have violinist Leo Sushansky performing the music live. He is musician, not character. The same can be said for the four performers, Alicia Curtis, Joan Ayap, Dustin Kimball, and Samuel Horning, who move without expression or interaction with audience or each other. In other words, whereas in “Luv?” Ms. McCauley personified the dance, giving it a theatrical flare, her approach here is aesthetically esoteric. One can appreciate and enjoy the beauty of the music and the dancers as they fill the space with harmony and line, but no referents, except perhaps within the language of dance itself.

With the third piece, self-referentially entitled “Lucy’s Playlist,” the audience jumps from the classical ether-sphere into the middle of a Rock & Roll extravaganza. The Ramones, Marshall Crenshaw, and The Toadies take the dancers into the heart of love’s most daring dimension. The four songs are performed with intense personality and hyper sensuality by Heidi Kershaw, Dustin Kimball, Samuel Horning, Alexandra Keen, Joan Ayap, and Brook Urquhart. 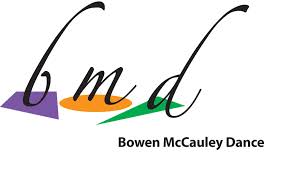 The piece’s final number, performed to The Toadies’s “Sweetness,” is most definitely the evening’s most engrossing number. After Kershaw dances a sensuous solo, “Little Sin,” she is joined on stage by Urquhart. The two then perform a duo of dangerous sexuality to such lyrics as “Peel away your skin, just a little more” and “I’ll cut you right down to your sweetness.” Kershaw and Urquhart exquisitely embody the interplay between two passionate lovers, with each advance and retreat leaving the audience on the edge of their seats.

The evening concluded with the World Premiere of “Part of the Main” with music provided by Xaver Scharwenka, a German-Polish composer whose career straddled the 19th and 20th centuries. With “Main,” Ms. McCauley returns the audience to the de-theatrical style we experience earlier in the program. Alicia Curtis, Dustin Kimball, Samuel Horning, Alexandra Keen, Joan Ayap, and Brook Urquhart tackle the piece with a superb spatial sense, and we can once again appreciate the beauty.

For those who might know the famous poem, “No Man Is an Island,” by John Donne, then the intricate pairing and tripling of the performers, before ending in a collage of six dancers, takes on an added significance.

No man is an island,
Entire of itself,
Every man is a piece of the continent,
A part of the main.
If a clod be washed away by the sea,
Europe is the less.
As well as if a promontory were.
As well as if a manor of thy friend’s
Or of thine own were:
Any man’s death diminishes me,
Because I am involved in mankind,
And therefore never send to know for whom the bell tolls;
It tolls for thee.

If you get a chance to experience this wonderful retrospective covering 20 years of choreography by Lucy Bowen McCauley, jump at the chance. Varied and professionally produced, with every piece adding to the whole and, in the end, surpassing the sum of the parts, it will toll for thee.