As the days get shorter and the weather gets chillier, my favorite antidote to the encroaching winter is a strong dose of theatrical comfort food. Luckily for me, this is exactly what the Gay Men’s Chorus of Washington, DC gave me with the presentation of The S* Show, an evening of vocal performances whose energy was matched only by the glowing admiration of the packed house. Together, there was an energy and warmth that was more than a match for the cold fall evening outside.

The S* Show, so-called because it featured songs by only three artists – Frank Sinatra, Stephen Sondheim, and Barbara Streisand – was a cabaret style affair with a few round tables scattered across the wide open space of The Paul Sprenger Theatre in the Atlas Performing Arts Center.

Director (and Artistic Director of GMCW) Thea Kano presents a show that is silky smooth but still has enough pop (and Grindr jokes) to update the classic material. Alex Tang, on the piano, is almost preternaturally good at knowing exactly what his singers are going to do, when – and following them with every keystroke.

One by one, singers from the chorus came up, gave a little introduction, and sang their hearts out – solos in the first act, duets in the second – and brought the house down. There were far too many wonderful moments to single out individually, but here are some highlights from the evening:

It is a shame that The S* Show was only around for two performances on one day. But I urge everyone to check out this wonderful group for their style, substance, and yes – fabulousness!

Running Time: One hour and forty five minutes, with one 15-minute intermission.

The S* Show played for one day only at the Gay Men’s Chorus of Washington, performing at the Atlas Performing Arts Center – 1333 H Street NE, in Washington, DC. For more information on GMCW, visit their website.

LINKS:
Meet Soloist JJ Vera of The Gay Men’s Chorus of Washington’s ‘The ‘S Show’ Playing This Saturday at 5 & 8 PM at Atlas.

Meet Soloist Paul Negron of The Gay Men’s Chorus of Washington’s ‘The S Show’ Playing This Saturday at 5 & 8 PM at Atlas. 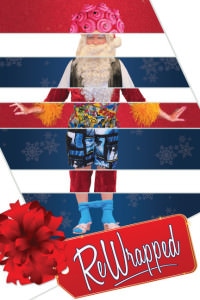 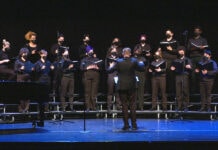 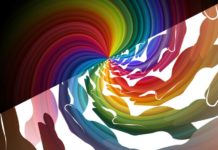