As we are about to reveal our Best of 2015 honorees, we are introducing our 5 Scene Stealers/Showstoppers of the Week which will appear on Thursdays every week. Here’s Part 1 of this week’s honorees.

“Bob Ari and Raymond Jaramillo McLead played the two casino thugs, sent to collect money from Sills. Together, they might have been the greatest force for ‘funny’ known to man. Their accents and short, faux-dramatic one liners were soon replaced by an almost goofy knowledge of literature and philosophical thought as they became more deeply intertwined in the unfolding drama. Their showstopper “Brush Up On Your Shakespeare¸” performed sans rehearsal when they are suddenly thrust into front stage by mistake, was simply grand, as were their respective performances.”-Karim Diumar.

“I have seen this song performed by dozens of talented actors but Bob and Raymond were the best ever. Their comic timing and enunciation was perfection and their joy was contagious.”-Joel Markowitz.

Robyn  Hurder, as Lois Lane, singing “Always True to You in My Fashion” in Kiss Me Kate at Shakespeare Theatre Company. Photo by Scott Suchman.

“In her solo “Always True to You In My Fashion,” Hurder made her character unique with her strength, the independence, the sexualized persona, and the easy-going sense of humor. Using these characteristics, along with her stunning voice, Hurder established herself as a commanding force on stage.”-Karim Doumar.

“What a performance! I can’t remember when a local audience applauded so long after an actor finished a song or dance. This may be my all-time favorite ‘Scene Stealer/Showstopper.’ I am going to sneak in so I can watch Robyn perform it again! Brava!”-Joel Markowitz.

Isaiah Mays, as Boy, Performs his Entrance Dance in Unexplored Interior (This Is Rwanda: The Beginning and End of the Earth) at Mosaic Theater of DC.

“Isaiah Mays, a seventh-grader, played Boy, a nonspeaking role performed completely in dance and mime. Mays’s portrayal was every bit the peer of the other pros on stage, and his entrance dance (the show’s choreography was by Vincent E. Thomas) was a crowd-pleaser.”-John Stoltenberg.

“The joy that spread over the audience when Isaiah performed his opening dance was exhilarating and his performance was astounding for any actor of any age. He has an incredible future on the stage – if he decided to pursue it.”-Joel Markowitz.

Eli Wasserman, as Tobias, in Sweeney Todd, Singing “Pirelli’s Miracle Elixir” and “Not While I’m Around’ at Walt Whitman High School

“Eli Wasserman (Tobias) did an athletic rendition of “Pirelli’s Miracle Elixir” in the first act, and it gave a moving rendition of “Not While I’m Around.” It was an extraordinary performance I won’t ever forget.”-Francine Schwartz

“A school board meeting is called to determine whether to prevent Vin from playing football anymore as punishment for his lethal stunt. Two dizzy board member dames (played adroitly by Vanessa Bradchulis and Cam Magee) have some hilarious comedic bits. Then Vin (Jaysen Wright) takes the podium to give his speech of contrition—and suddenly the scene is a lump-in-throat moment.”-John Stoltenberg. 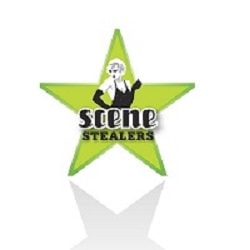 Read our other Scene Stealers of 2015 HERE.