There is a legend about the London premiere of George Frideric Handel’s Messiah involving King George II. The story says that he was so moved by the ‘Hallelujah Chorus’ in Part Two that he stood and remained standing until the movement finished, bringing the entire audience up with him. Historians dispute over whether or not the supposed incident actually took place, but what we do know is that ever since, audiences have stood at the Hallelujah, and remained standing as a group until the movement ended. This action remained true at last night’s performance of Handel’s Messiah at Strathmore by The National Philharmonic, making an already exciting part with the combined swell of the chorus and orchestra coming together one of the most thrilling moments of the piece.

Composed by George Frideric Handel, Messiah is split into three main parts covering the life of Christ, which the Program Notes provided to us at the beginning of the performance described in useful detail. Part One includes the Nativity narrative and the prophecy. Part II covers the resurrection, and finally Part III includes the resurrection of all of mankind in the glory of God. The National Philharmonic further aided the audience by providing a program insert with the full text, which allowed us to follow along as the soloists and chorus performed the piece on stage.

Skillfully led by Conductor Stan Engebretso, the stage was comprised of the National Philharmonic Orchestra and Chorus, as well as four impressive soloists: Danielle Talamantes (soprano), Margaret Mezzacappa (mezzo-soprano), Matthew Loyal Smith (tenor), and Kevin Thompson (bass). The stage was set in such a way that placed the orchestra in the middle of the stage, the four soloists up front, and the chorus split into three sections that surrounded the stage in a semi-circle. The stage picture was striking, particularly with the large chorus surrounding all of the other performers. This was especially powerful when the chorus sang of God’s Glory, or a certain prophecy. In these moments, their placement on the stage emphasized the weight of their words, and brought them to life.

One such moment was in Part Two, when the Chorus sang, “All we like sheep have gone astray.” The music was full of rounds, and sections of the chorus would sing at different moments. Because the chorus surrounding the stage on all sides, the ending result was a sense of chaos that flooded the space, and enhanced the feel of these characters going astray, and looking for aid. It was an incredible instance in which the staging worked beautifully with Handel’s music, and I was wowed by the power of the moment.

This was my first time listening to Messiah, and I was fascinated by the soloists’ ability to bring the meaning of the words to life through the quality of their voices.

Smith was the first soloist to take the stage, and his beautiful tenor voice set the tone for what was to come. As he sang “Comfort ye, comfort ye my people, saith your God,” I noticed the pure quality of his voice paralleled the soothing meaning in his words, which was sharply contrasted when the Bass took the stage.

Thompson’s deep, booming voice bounced off the walls from his first solo. Smith’s voice was strong, but Thompson created an entirely different feel that parallel the moment’s in the piece that discussed God’s power over nature, such as in Part One when Thompson sang “And I will shake all nations, and the desire of all nations shall come.” Thompson’s deep voice felt like an earthquake that had the power to bring the words to reality.

The two female soloists were equally as impressive as the males. Talamentes’ soprano voice was angelic, and the pure, smooth vocal quality of her vibrato rang throughout the concert hall. Mezzacappa’s mezzo-soprano voice was filled with emotion. When she sang of Christ, who was “despised and rejected of men,” and “a man of sorrows,” I could feel the hardship through the deep and strong sound that she released into the room through her vibrato.

Breathtaking, striking, and uplifting, the National Philharmonic’s Messiah was a great way to celebrate the holiday season. Based on the overwhelming round of applause that followed the concert, I am sure I am not the only one who looks forward to witnessing future concerts the group brings to Strathmore.

Handel’s Messiah played on December 19 and 20, 2015 at The Music Center at Strathmore – 5301 Tuckerman Lane, in North Bethesda, MD. For future National Philharmonic events at Strathmore, check their concert schedule. For all future Strathmore events, check their calendar of events. 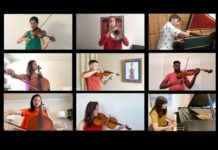 How the pandemic got music educators to think outside the box 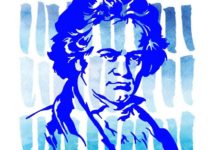