Shake Loose, the new musical bound for Alexandria’s MetroStage, aims to bear witness to a swirling whirlwind century of events in the lives African American people. Its purpose is “to bring order to chaos by shining a spotlight on turbulent times.” says Thomas W. Jones II one of the trio of creative artists who conceived Shake Loose.

Its title gives recognition to Shake Loose’s ambition; to become unbound from outwardly and self-imposed restraints on an entertaining journey to insight and illumination enlightenment. The title Shake Loose is a reference to a book of poems by noted poet and author, Black Arts Movement writer and former Howard University professor, Sonia Sanchez, entitled, Shake Loose My Skin.

Shake Loose is written, directed and choreographed by Jones with music and lyrics by Jones, William F. Hubbard and William Knowles. The production’s music is directed by Knowles and Hubbard. The three have worked together creating new works for theater for over 15 years crafting award-winning alluring, heartening works for musical theater. All three have received the Helen Hayes Award for their shows.

Jones called Shake Loose a “labor of love with themes of tales of love, loss, and the redemptive powers of music.” From extensive interviews with the Jones-Hubbard-Knowles artistic team, I came away with the picture that Shake Loose audiences will have encounters with strong travelers, resilient survivors, and spirited characters all woven together into a retelling of the saga of 20th century Black lives.

Joining Music Director and pianist Knowles will be Grant Langford on sax, Yusef Chisholm on bass, Greg Holloway on drums, and Alvin Trask and DeAndre Schaifer on trumpet.

Shake Loose has a score and book that connects key cultural touchstones and musical markers based upon the over 200 songs that Jones, Hubbard, and Knowles have collaborated together to create over the past years. The show’s score of about three dozen numbers includes at least a dozen or so musical numbers not previously heard in shows produced at MetroStage along with a fresh libretto.

In its 90 minutes, Shake Loose will be built into a signpost quilt of movements and scenes; a full journey rather than one particular character’s situations and references. As it illustrates and musicalizes, Shake Loose aims to stir and unfasten an audience from its moorings as “it reflects upon a disorderly world and its trouble to shake loose both the performers and the audience to new awareness,” indicated Jones.

Shake Loose will have a rich narrative, with music propelling it forward in the styles of gospel, jazz, blues, rhythm and blues, funk, be bop, and pop.

The underpinnings sound will be built upon the 1920-1930’s era of Bessie Smith’s rich blues legacy from their Bessie’s Blues, the age of the 1930’s-1940’s Harlem Renaissance of Harlem Rose with Langston Hughes’s poetry, the hipster swing period of 1940-1950’s Cool Papa’s Party, the times of the 1950’s divas of Ladies Swing the Blues, and through the 1960’s Civil Rights and Vietnam War epoch of Three Sistahs and beyond.

In an interview with William Knowles, who is often seen at the piano, he spoke about the very different, absorbing musical styles of Shake Loose. “Shake Loose will encompass many shows and music that we have created. It will also include original pieces not heard at MetroStage before.” said Knowles. “We can’t wait to perform before MetroStage audiences.”

In an interview over coffee in the local Alexandria neighborhood where he grew up, William Hubbard spoke of key goals for Shake Loose including having the musical arrangements “not only make sense for a particular scene and the character, but so that the songs become part of a conversation, like in a comfortable living room.” When I asked how that is accomplished Hubbard indicated that the artistic trio and the performers constantly ask themselves, “How does this song feel? What does it evoke?”

Hubbard told me something I will never forget as I write about the arts: “Music has a scent, an aroma, a smell that the audience inhales and adds to what they see and hear.” It is a critical dimension to vision and hearing I hadn’t considered before, but now I will.

Shake Loose has a number of movements each with their own musical form and polish. As I write this column, the movements are:

In an interview with MetroStage’s Producing Artistic Director Carolyn Griffin, she noted that the Jones, Hubbard and Knowles artistic trio have created, “smart lyrical songs that are original and unique…that will be sung by the best performing artists and musicians in the area.”  She went on to say that Shake Loose has, “great music and lyrics covering a lot of time frames, historical moments, iconic figures in the history of our country and the history of music, and interpersonal relationships that everyone can relate to.”

Asked to invite audiences to the premiere of Shake Loose, Griffin suggested that, “audiences take a chance on new material or unfamiliar material and trust that the music MetroStage produces on its stage is as good as it gets. You’ll hear great vocalists and musicians all in an intimate setting with remarkable acoustics.”

Let me conclude this column by quoting from the one of the Sanchez poem collected in Shake Loose My Skin from the poem “Catch the Fire” that resonated with me:

And building on Sanchez, how could I not quote from my dog-eared copy of James Baldwin’s A Fire Next Time:

…respect and rejoice in the force of life, of life itself, and to be present in all that one does, from the effort of loving to the breaking of bread. 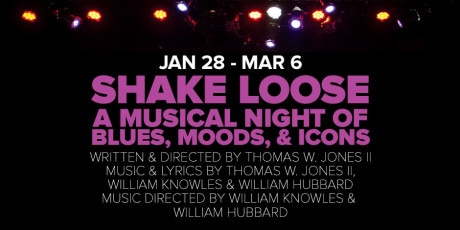 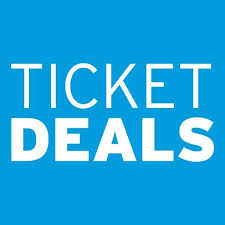 Note: MetroStage is offering $15 off all performances the first two weeks of Shake Loose: from January 29-February 7, 2016. Patrons should call the theatre with CODE:  “Blues, Moods, Icons.”  There is a free parking lot and dining nearby MetroStage. The theatre is handicap accessible