On Saturday, January 16, 2016 –  from 11 AM until 5 PM – it’s six Children’s Hours, full of continuous mystery and magic, drama and dance: “al major estilo latinoamericano” (with the best Latin flavor). 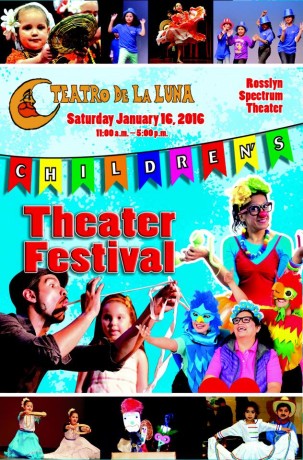 All the many activities are bilingual. But the tempo will be distinctively Latino and the seasoning often “comico” and sometimes even “picante.”

What a cornucopia of family fun is planned, because this is the popular and much anticipated annual offering from Teatro de la Luna, called The Children’s Theater Festival, staged at the Rosslyn Spectrum from 11 AM to 5 PM.

The festival offers a spicy mix of Latin-inflected entertainment, but flavored to be suitable as fun for the whole family. For example, there’s the bilingual play, Siempre Amigos (Buddies, Not Bullies), a dramatization of  the real-life bullies crisis among young people. Written and directed by Neher Jacqueline Briuceno, it features actors Marcela Ferlito, Araceli Ma, and Sharon Desiree acting out (sometimes literally) the everyday schoolyard drama when self-conscious schoolgirls tease and trash each other, for example, for looking like a turtle!

Another feature almost sure to wow onlookers will be the illusionist Juan Estrella (from Equador), who will dazzle the crowd looking to spot how he does it, when he presents his bilingual My Family Magic Show.

Clown Raqueta and Las Lunitas (The Little Moons), students from La Luna’s Experience Theater workshops for children, will also appear on the Rosslyn Spectrum stage. Watch for these littler latinas, proving that “grande” things can sometimes come in small packages!

Other highlights will include performances by high-stepping folkloric dance groups.

Admission fees: Adults $15, children $10, and under age four, free.  For more information and to make reservations, contact Teatro de la Luna, by calling (703) 548-3092, or purchase them online- which also contains a complete schedule of performances and activities.

The schedule frequently spills off the stage and into the lobby. 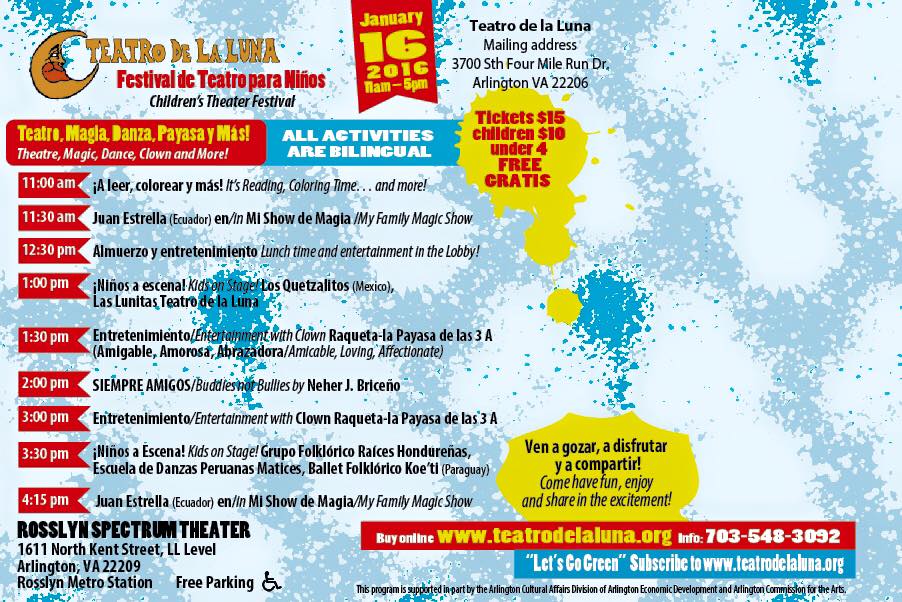 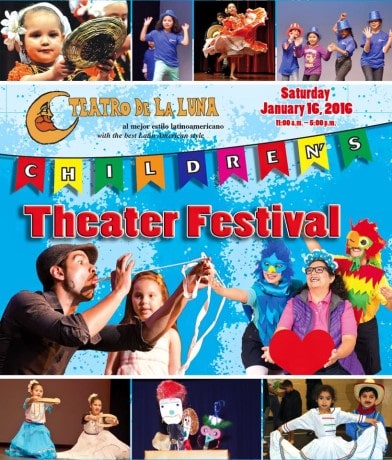 Reading, coloring time, and guided activities in the lobby. 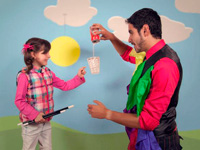 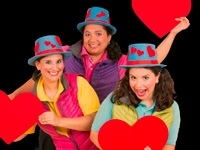 “Siempre Amigos/Buddies not Bullies” on stage.

Entertainment back in the lobby, with guided activities.

Magician Juan Estrella returns for another “ronde” of his Family Magic Show.

This event is simply one of many in the new 2016 season for Teatro de la Luna, billed as Under a New Moon. Co-founded in 1991 by Mario Marcel and Nucky Walder, the children’s events have Walder to thank as the presiding and producing genius.

Walder, born in Paraguay, was a member of the 1970’s group Tiempoville, with whom she toured throughout most of Latin America. She later founded the GrupoTeatro Universitario and also La Mascara. In 1984, she arrived in the USA and in DC she soon collaborated with the GALA Hispanic Theatre.  Through La Luna, she has appeared in over 20 productions locally. Walder was honored with the Latina Women Leadership 2009 Award by Fiesta DC for her contribution to Latino culture and the arts.

Generally a performance by La Luna is in Spanish, with English subtitles or live English dubbing. The group stages many productions at the Gunston Arts Center in Arlington as well as at other area venues such as the Rosslyn Spectrum.

Teatro de la Luna itself is based in DC at 4020 Georgia Avenue, NW.  However, its children’s festival is being staged at the Rosslyn Spectrum theater in Arlington, adjacent to the Rosslyn Metro Station (blue, orange, and silver lines). Free off-street parking is also offered at the Spectrum building’s garage.