In 1989, Ken Ludwig’s Lend Me a Tenor took home four Drama Desk Awards, and was nominated for seven Tony Awards, including Best Play. When the play returned to Broadway in 2010, the production was nominated for three Tony Awards, including Best Revival of a Play. Ken Ludwig’s piece clearly has a tradition of succeeding. After having the opportunity to experience his script, I am not surprised after watching Rockville Little Theatres hilarious production. 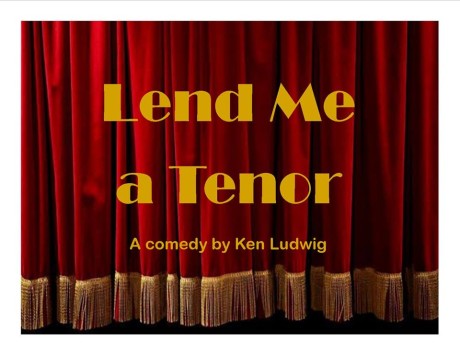 Written by Ludwig and directed by Frankie Lewis, the play follows Max (Michael Reilly), the assistant to Henry Saunders (Curtis von Kann), the Manager of the Cleveland Grand Opera Company. When the famous Tito Morelli (Bob Gudauskas) is presumed dead, Max has to step in as the replacement for the evening, and attempt to make the audience believe him to be the world famous tenor.

Ludwig’s piece is full of mistaken identities and scandalous relationships that make the story an over-the-top farce. The script itself is hilarious, and I was intrigued by Ludwig’s ability to incorporate a wide range of humor that was so quick-paced.  By the time one joke hit me, he would already be on the next one. One moment was when Tito was explaining his lifestyle to Max. He is constantly traveling with his wife and moving from hotel to hotel, and the strain can be difficult on their relationship. He finally said, “If I have children, they gonna look like the bell hop.” As I started to consider whether he meant this as an innocent joke or was suggesting his wife could cheat on him with the bellhop, the duo had already moved onto another humorous segment of Tito trying to give Max a singing lesson.

Ludwig’s choice to employ humor from a wide range of sources created another form of comedy in itself, which was enhanced through the set design. Set Designer Eric Henry created the perfect stage for this kind of play. He built a hotel room suite, with one wall down the middle separating a living room and the bedroom. Within that space, there were five doors that led to other areas, such as a kitchen off the living room, a closet and a bathroom off the bedroom, and two doors from each side that led into the hotel hallway. Ludwig’s script demands for a number of entrances and exits to create opportunities for actors to quickly conceal themselves from others, and Henry’s design met that goal wonderfully.

Henry’s stage allowed for some amusing staging moments from Lewis. One strong moment in particular was when Tito tried to give Max a singing lesson, Tito provided him with outlandish exercises, such as running around the room with arms shaking around, and singing out in the process in order to warm up the body and voice. Lewis brought this moment to life through utilizing a large amount of space in his staging. He allowed Tito and Max to take advantage of the living room, and the running around in circles elicited a great laughter from the audience.

On the other side of the wall however, Tito’s wife, Maria Merelli (Celia de la Vega), decided that Tito’s lifestyle might be too much for her, and was contemplating whether or not she could handle anymore. Ludwig’s choice to include these moments side-by-side in the script created for a highly comedic moment through the juxtaposing ideas, and Lewis and Henry worked together to create the perfect stage picture. The only object preventing Tito and Maria from sorting through this conflict in the moment was a wall, and because of this obstacle, the misunderstanding could grow, as it always should in a farce.

Because a farce is so over-the-top, the genre presents a challenge of over-acting in the humor, creating a “soap-opera” kind of feel. The farce includes so many discoveries and drastic turns of events that an actor can run into the trap of performing the entire play at a high level of stakes, which could take away from the piece. Kann overcame this obstacle in his portrayal of Henry Saunders. He showcased strong comedic timing that allowed for a range within his character. As the Manager of the Opera Company, he should have had the most power on stage, but there was hilarity in the fact that others clearly had more control over him, including his daughter (Rachel Scheer). Kann played these moments well, and elicited great laughter from his constant attempts to regain his power.

Gudauskas as Tito is meant to be over-the-top as the famous Italian Tenor, and he provided a strong performance, particularly in his moments with Reilly as Max. While Gudauskas’ character was a little more laid-back, Max was a constant ball of stress, and the juxtaposition made for some hilarious moments in which they played off each other beautifully.

Vega and Gudauskas as the Merelli couple also shared a fun stage chemistry. Their marriage difficulties provided humor that elicited high levels of laughter from the audience every time. However, the two actors also highlighted the love in the marriage, which made for a complex relationship that I wanted to see succeed.

Some would say that Lend Me a Tenor is Ludwig’s strongest play, and after experiencing the humor of this farce in Rockville Little Theatre’s production, I am not surprised.

Lend Me a Tenor plays through January 24, 2016 at Rockville Little Theatre performing at the F. Scott Fitzgerald Theatre at The Rockville Civic Center – 603 Edmonton Drive in Rockville, MD.  For tickets, purchase them at the box office, or online.