The theater community is saddened by the sudden passing of Nicholas Delaney, at age 34 two days ago. Our condolences to his family, to Alice, to his friends, actors, and fellow musicians who worked with him and loved him.

Nicholas was seen last weekend as the Musical Director of Coshesion Theatre Company and Baltimore Shakespeare Factory’s co-production of The Complete Deaths of William Shakespeare. Nicholas also was the Resident Musician at Chesapeake Shakespeare Company.

We are heartbroken for his betrothed, Alice Stanley; for his family; for his many music students; and for his band members, friends and professional colleagues at both Chesapeake Shakespeare Company and Cohesion Theatre Company, with whom he generously shared his immense talent, wit, warmth, and creative vision.

“Nick was the best kind of artist,” said Ian Gallanar, Founding Artistic Director at Chesapeake Shakespeare Company. “He was one that was always anxious to learn and he loved collaborating. He was an excellent collaborator. He helped shape the Chesapeake Shakespeare Company aesthetic in important ways. We wouldn’t be the company we are without Nick. I am very unhappy that we will be without his talent, curiosity, patience and humor.”

Nick took pride in contributing original music to some of Chesapeake Shakespeare Company’s productions, in addition to performing with and directing our musicians. Most recently, he was Music Director for our 2015 production of A Christmas Carol.

He was also Music Director and band leader for Titus Andronicus, and his creative contributions to that production contributed to the Baltimore City Paper naming it one of the 10 best plays of 2015. Titus was a very special show for Nick and his father Tom, a guitarist. In the Titus band, they were able to play together publicly for the first time since Nick was a teenager.

Nick also appeared in our productions of The Comedy of Errors, Romeo and Juliet, Uncle Vanya, A Christmas Carol (2014 production), A Midsummer Night’s Dream, As You Like It, The Taming of the Shrew, and The Two Gentlemen of Verona. He was Music Director for Much Ado About Nothing and The Merry Wives of Windsor.

He also was Music Director for and appeared in 13 Dead Husbands with Cohesion Theatre Company and participated in ParityFest Baltimore. 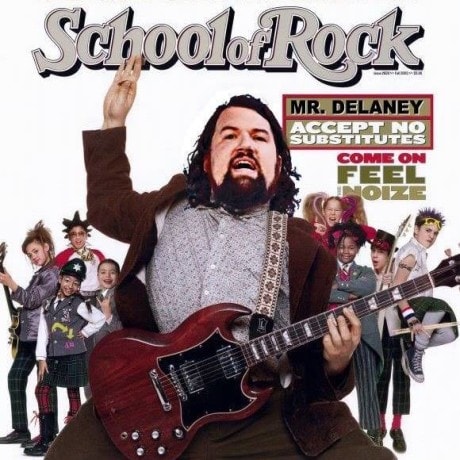 He was an instructor and show director at School of Rock in Columbia, MD. He has played guitar and/or bass for musicals at University of Maryland, Children’s Theatre of Annapolis, Laurel Mill Playhouse, and Stevenson University.

We mourn his passing, and are grateful for the legacy of music and memories that he has left us.-Jean Thompson, Chesapeake Shakespeare Company.

I am heartbroken and devastated to inform you all of the sudden and tragic passing of Nicholas Delaney yesterday morning, January 19th. Nick was an outstanding musician, actor, teacher, and friend. Through his time with Cohesion and Chesapeake Shakespeare Company as a musician and performer he touched so many lives, and brought his infectious joy to everyone he met. His work with students at School of Rock in Columbia, MD made him truly happy by bringing music into the lives of children. His dedication to his work on stage, and his love of performance, Shakespeare, and games with friends were halmarks of his life. Nick was also a veteran of the United States Air Force, and served his country with honor and distinction.

Nick was born December 29, 1981. Nick was an Ensemble Member at Chesapeake Shakespeare Company, where he appeared in Uncle Vanya, A Christmas Carol, A Midsummer Night’s Dream, As You Like It, The Taming of the Shrew, and The Two Gentlemen of Verona. He also music directed their production of The Merry Wives of Windsor. Nick performed and music directed Cohesion Theatre Company’s productions of 13 Dead Husbands, Twelfth Night, and The Complete Deaths of William Shakespeare.

Nick has played guitar and/or bass for Spring Awakening (University of Maryland), The Wizard of Oz, Shrek the Musical, Legally Blonde, and Grease (Children’s Theatre of Annapolis), The Wild Party (Laurel Mill Playhouse), and Godspell and Rent (Stevenson University). Nick was also a show director and instructor at School of Rock for their Rock 101 classes.

He will be deeply missed by so very many in the Baltimore Theatre Community, and especially by his parents, siblings, friends and of course by his fiance, Cohesion Co-Founder, Alice Stanley. We ask your respect for the family in this difficult time.

At this time the reason for Nick’s passing is unknown, but it was incredibly sudden and unexpected. We are also working on information about funeral services with his family and a possible memorial gathering with Cohesion and Chesapeake Shakespeare Company in the coming days – Brad Norris, Founding Artistic Producer, Cohesion Theatre Company 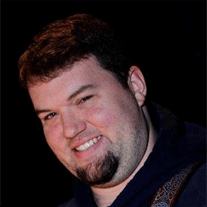 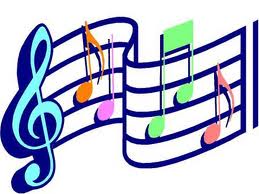 The musical notes stood in lines

Discordant in their grief

Before regaining their composure

As black tears in embossed relief

The instruments played this salutation

To a musician of note and much more

At the end, everyone stamped their feet