When Dance Place marks a milestone, invariably by the evening’s end its Founding Artistic Director Carla Perlo has more people on stage than in the audience. This happened Saturday night January 30, 2016 as Dance Place marked 35 years with a retrospective program highlighting many of Washington, D.C.’s important choreographers from the past three decades. Full disclosure: I, too, was called to the stage and noted for my work as the first full-time manager of then-young Dance Place back in 1985. Since that year-long stint, I have spent the greater part of these past three decades watching dance there, ranging from children’s summer camp shows to major figures in late 20th-century dance, including choreographers Joe Goode, David Parsons, Liz Lerman, Margaret Jenkins, Bebe Miller, and groups like Eiko and Koma, Blue Man, Streb, and more than 700 other artists who shared their works there.

The evening was also a moment for Perlo to say thanks to her forbears as the concert was dedicated to seminal Washington, D.C. teacher and choreographer Jan Van Dyke, who died this past year in North Carolina, where she settled after leaving Washington. Many other dance teachers, among them Perlo’s early teacher Jefferson James, and local dance leaders were acknowledged. 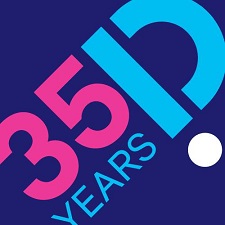 Van Dyke founded Dance Place’s precursor, Dance Project in 1974 in Adams Morgan. Perlo and Co-Founder Steve Bloom, took over the second-story studio/theater near 18th and Columbia in 1980, renaming it and reimagining Van Dyke’s vision. Five years later as the neighborhood gentrified, Dance Place moved to the then sleepy Brookland neighborhood in Northeast, purchasing its own building. Over  the years Perlo and Riley built a state-of-the-art dance studio and theater while committing to bringing arts to  local neighborhood children and families as well as presenting world-class dance almost every weekend.

The rolling rhythms of “Thunderhead,” Co-Founder Bloom’s drum solo, opened the program with a clarion call to be mindful of both the pounding beats and the subtleties. In a 1992 solo, “Flight of Time,” dancer Triana Brown captured the steely determination of  choreographer Perlo’s personality with fearless balances and slicing diagonal reaches that later softened into more gossamer lightness.

It was moving to see “And Back Again,” Van Dyke’s final work, choreographed last year and rearranged for the stage, the program noted, in her last rehearsals. The women’s quartet relays Van Dyke’s austere but clarion approach to movement. She valued precision, control and specificity with a mathematician’s or architect’s eye, and here the quartet maneuvers in and out of highly designed patterns and rows, yet, then each dancer, clad in flared geometrically patterned dresses, gets a little release for a solo while the other three pause and watch.

The program closed with an earlier Van Dyke work from 1989, “Full Circle,” a trio featuring one of her favorite accompaniments, Turtle Island String Quartet. Again watching the dancers parse through the technical, specific leg and arm gestures – so out of character in light of today’s more emotion-laden or loose-limbed release techniques – it was easy to imagine Van Dyke dancing along, her cropped hair and prim presence presiding.

The program also featured “While Waiting” from long-time choreographer and educator Alvin Mayes, a heartfelt solo dance by Adriane Fang in memory of a friend and arts lover, Tuckey Requa. The late Eric Hampton’s Jane Austin-like comedy of manners for three women, “Saudades,” featured three dancers from the Maryland Youth Ballet’s Studio Company in an excerpt staged by former Hampton dancer Harriet Moncure Fellows. Ronya-Lee Anderson danced Riley’s “Shadows” from 2014 with a lushness that was meltingly romantic with its dips, reaches and arcing leg fans all set to a Chopin prelude.

Longtime dance educator Helen Hayes made a surprise appearance with her high-school aged dancers from Joy of Motion’s Youth Dance Ensemble in her first group work, a swirling water-y ballet from 1996 called “Whirlpools.” And a former Dance Place director Lesa McLaughlin revived her edgy 1984 solo “On Look” for her 13-year-old son, Chris Mateer. The piece plays on the tension between feminine and masculine roles and expectations as a dancer – back to the audience — dons a man’s dress shirt, tie and jacket, but not until a turn forward is it clear whether it is a male or female. McLaughlin came to dance late, as a college student, and there was a wildness and awkward gawkiness about her dancing and choreography that was equally intriguing and captivating. Her son has more grace and control, he doesn’t teeter in off-kilter balances with the same abandon, and at 13 is, perhaps, too young to match the sexual tension and androgynous interplay inherent in the work.

Cathy Paine, an early teacher and resident choreographer at Dance Place, returned to the stage after many years absence with a gorgeous and heartbreaking solo “Exit, Pursued by a Bear.” A graceful and liquid performer, Paine moved with silken textures, fingers tickling the air, arms softly whispering on unseen currents. Then she melted and rose, rolled and scooted again and again into the floor and out like quicksilver. Her improvised spoken narrative – a popular feature for a generation or two of DC choreographers – was both a personal recollection and reflective testament to her forbears. As the title suggested, Paine drew inspiration from the arcane yet famous Shakespearean stage direction in his The Winter’s Tale. Paine, who noted after the performance that she just celebrated her 65th birthday earlier in the week, was simply ageless, and the meaningful and evocative journey she traveled in the course of the piece, from past to present to future generations proved the evening’s singular moment. Her charge to all in the space as she caressed a small spot of center stage: “This is sacred ground so take care of it” was a beautiful summing up of a 35 year legacy creating a place to dance in Washington. 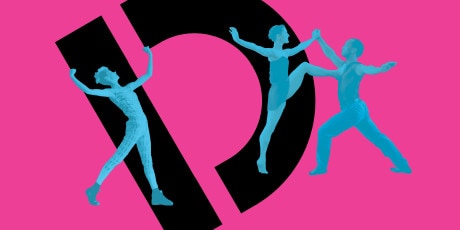