If you’re looking for a romantic date this Valentine’s Day, then check out the ‘Symphony of the Potomac’—Washington’s own community-based orchestra—which will be celebrating the art of love with a special musical tribute called Lovers and Lotharios, Sunday, February 14, 2016 at 3 pm at the Cultural Arts Center of Montgomery College.

The lovers, of course, are Romeo and Juliet—whose passion is evoked in excerpts from Berlioz and Tchaikovsky—and the principal lothario is Mozart’s Don Giovanni, whose seductive overture opens the show. In between, there are romantic interludes from Schubert and Strauss.

Ticket-buyers who are unfamiliar with classical music will find it surprisingly easy and informal. The Cultural Arts Center is an intimate hall, with seats close to the stage and a lively sense of rapport between the musicians and the audience.

Leading the orchestra is Joel Lazar, a familiar face on the DC music scene. Described by the Washington Post as one of our premiere conductors, he has wielded his baton at The Kennedy Center and other great halls in the US and Europe for more than 40 years.

Lazar—who says he decided to be a conductor the instant he saw Toscanini leading the NBC orchestra on TV—grew up playing piano and clarinet. He became a serious student of conducting at Harvard, and from there went on to leading major opera and symphonic groups.

At the ‘Symphony of the Potomac,’ most of the performers are “serious volunteers”—men and women who learned their instruments as children, often at school, then went off to become doctors, lawyers and policy makers—who returned to music as an avocation when they finished their “official” career training.

Although there are some teenagers, most of the musicians are over 30. Violinist Jeffrey Indrisano is typical. An MD specialist in geriatrics, Dr. Indrisano inherited his grandfather’s violin as a child and began playing in grade school. When he began high school, he was invited to join the Bucks County Orchestra. He took 10 years off for medical training, then resumed.

“When I see high school students at our rehearsals, I am reminded of all those years ago when I was in high school, learning some of the pieces that we perform now,” he says, adding that it’s gratifying to see a new generation being introduced to those classics.

Hannah Roach is one of those teenagers. Now in 11th grade at Seneca Valley High School in Germantown, Hannah began playing the violin at the age of four. She took up the viola in the seventh grade, and was recruited to the orchestra by her teacher, Yakov Shapiro, a Russian-born violinist who is also the Concertmeister of Symphony of the Potomac.

“Playing in this orchestra is like being surrounded by family,” Hannah says. “Everyone is so welcoming. I felt like I belonged from the very first day.”

Hannah’s favorite piece at the moment is Tchaikovsky’s Romeo and Juliet Overture, which is the finale for the Valentine’s Day Program. “The music just grabs you!” she says.

Eric Strassler, the timpanist, is turned on by drums. A longtime member of the Symphony of the Potomac—which started out, some 48 years ago, as the Orchestra of the JCC—Strassler grew up in New Jersey, studying piano and clarinet. He switched to drums when he joined a high school band. “I’ve been playing ever since,” he says, pointing out that there are lots of drums in classical music, especially in Mozart’s Don Giovanni, the opening number in the concert.

Like many of the other musicians, Judy Cohen first encountered the violin at school. She was in the fourth grade at Takoma Park Elementary School, and music was part of the curriculum. “I played in the school orchestra, but I never took it seriously,” she says. Not until she was in her mid-30s, and her children were at school, did she buckle down and begin really learning. She joined the orchestra six years ago. “It’s a lot of work, but I love it,” she says.

Love is a word that comes up a lot at the ‘Symphony of the Potomac.’ As a music-lover myself—though one who never got past the basics—I admire the passion that all these musicians show, and look forward to the Valentine’s Day concert next week as a way to celebrate romance.

See you at Lovers and Lotharios. It’s a Valentine’s Day date!

Running Time: One hour and 45 minutes, including one intermission.

Lovers and Lotharios, a concert performed by the ‘Symphony of the Potomac,’ will play one time only on Sunday, February 14, 2016 at 3 pm at the Cultural Arts Center of Montgomery College– 7995 Georgia Avenue, Silver Spring, MD. Purchase tickets online. 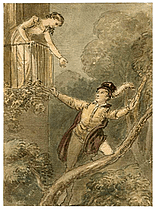 Here is the Program for Lovers and Lotharios: