Mark Rothko, the acclaimed abstract expressionist painter returns to Philadelphia in Red, the Tony Award-winning play by John Logan, at the tiny Independence Studio black box of the Walnut Street Theatre. The older painter brusquely welcomes a young art student/assistant, to his employ/servitude. This production hinges on the growth of the young man, with the arc well delineated by Daniel Frederick. Young Ken knows nothing of the great classics of literature and art. In the 90 minutes that follow, he gets quite an education.

Rothko, played by David Volin, does not do much painting. Instead, he offers his young employee fascinating lectures on the works of Caravaggio, Michelangelo, Pollock, and Matisse, not to mention Nietzche’s Birth of Tragedy. Logan’s witty dialogue and Volin’s deft performance will send you to your art books to further examine the greatness of these works.

The plot, such as it is, involves Rothko’s accepting a lucrative commission to design murals for NYC’s new Four Seasons Restaurant, which will be inhabited by rich society people, making deals, being seen, and generally treating the art as decoration to be ignored. One of the evening’s highlights is Rothko’s speech about his despised success with wealthy people who have read about him in the New York Times and are willing to pay big money provided that the painting matches the color of their room and their sofa.

The set by Roman Tatarowicz convincingly captures a tiny corner of Rothko’s studio, and Director Dan Olmstead has filled the discussions with the many activities of an art studio. These actors really can stretch a canvass. The paint-stained costumes by Jillian Keys, and the subtle lighting of J. Dominic Chacon, (Rotho hates natural light and keeps the windows covered) add to the illusion.

The crux of this version involves the growing maturity of the young Ken.  Frederick carefully outlines the frustration and anger of working with a great master who treats him as a servant but nonetheless teaches him to go out and create something new. Rothko drives out cubism, but the pop art explosion led by Andy Warhol is replacing Rothko. An artist in any media, (writing, acting, composing) will be able to relate to these themes just as Ken later tries to replace Rothko’s classical music with jazz.

David Volin understands depression and is at his best outlining Rothko’s battles with the illness and his observations on the death of Jackson Pollock. Since this Rothko is merely a depressed intellectual, the production never soars above its clever observations of art. This production never quite finds the artist’s insane greatness.

Still. . . how many plays leave you with the power of its first line: “What do you see?” Red offers a challenging and rewarding evening of art and sometimes theater. 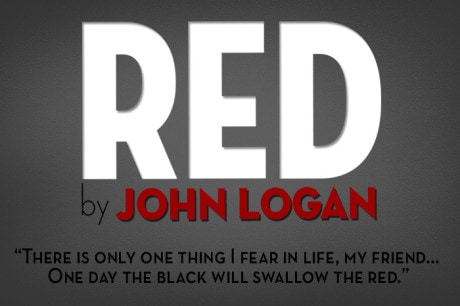