National Players is presently in their 67th season, and they are currently performing Julius Ceasar, A Midsummer Night’s Dream, and A Tale of Two Cities, as they travel around the country. The Players merged with Olney Theatre Center in 1953, and have been a fundamental part of the Theatre’s education department ever since.

I had the great pleasure of seeing one of their touring productions on Wednesday, at Olney Theatre Center:  Shakespeare’s brilliantly funny A Midsummer Night’s Dream. The Players did an amazing job. There was a group of school kids there to see the show, who were laughing and applauding the whole time. Any production that can get children to understand and appreciate Shakespeare is a flying success in my book.

Midsummer is Shakespeare’s most fantastical play, with fairies, love potions, spurned lovers, and the mischievous trickster, Puck. The direction was outstanding and maintained a very physical and fast pace throughout the show. Jason Loewith and Jason King Jones Co-Directed the production, and Jenna Duncan was the Assistant Director. The terrific Fight Choreography was by Casey Kaleba.

The set design, by John Traub, was simple yet creatively useful, with a steel bar structure, which could be climbed on, swung around and through, and added elevated platforms..

Grey’s Puck flitted about with agility of a cat and did a great job embodying the trouble-maker. Every performer stood out at different parts. The four lovers, especially, had an incredible chemistry. Devlin’s Helena and O’Leary’s Hermia rode the wave of the on-again, off-again relationships with their men, Sheahan’s Lysander, and Cedrone’s Demetrius. The spats and tussles, chases and tackles, and constant battle of words between the four was truly hilarious.

National Players’ production of A Midsummer Night’s Dream at Olney Theatre Center was a wonderful representation of the hilarity in Shakespeare’s comedies, and the beauty of his language. The Players will next be performing A Tale of Two Cities at Olney before continuing on with their tour, and I have no doubt that this talented cast and production team can create a stellar show with whatever they choose to aim their talents to. 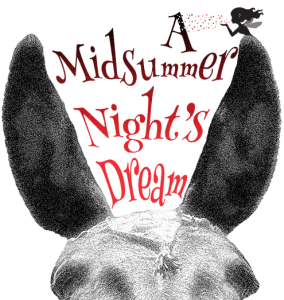 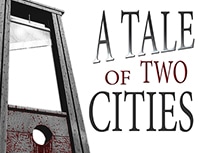 For tickets to today’s 10:15 AM performance of A Tale of Two Cities, contact the Education Department at education@olneytheatre.org or call (240) 722-6016.