CATF ANNOUNCES ITS 2016 LINE-UP OF PLAYS

In total, the Festival will present 102 performances of these plays in rotating repertory, along with supplemental events and programming, between July 8-31, 2016, on the Shepherd University campus in Shepherdstown, West Virginia. The schedule is such that patrons can see all five plays within a two or three day period—or space them out over the duration of July.

The 2016 Season will also provide audiences with free lectures, stage readings, discussions, thematic classes, late-night salons, and art exhibitions. Patrons also have the opportunity to purchase tickets to audience immersion events, including lunches with the artists, and breakfasts with the Theater Festival’s founder.

“Selecting a new repertory is a powerful social art. I seek plays that are designed to provoke, instigate, disturb and ultimately entertain. I seek new works that come from a place of passion and conviction about society’s hopes and fears…plays that probe the complexities of our world. The 2016 Repertory is our ode to the strength of knowledge and ideas. Ideas are powerful…but stories are more powerful,” remarked Herendeen. “Christina Anderson, Allison Gregory, Chisa Hutchinson, Susan Miller, and Ronan Noone are our story-tellers and myth-makers. Their stunning tales will strengthen our capacity to understand the world and imagine its future.” 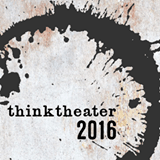 Ship’s Log: 1896. A father boards a ship and leads a mysterious expedition bound for Africa. In tow are his troubled son, a rebellious young woman, and a skeptical crew. On the open sea, an unexpected detour resurrects family secrets and reveals true intentions, fundamentally changing the course of the journey—and their lives. Christina Anderson creates a telling parable about violence, betrayal, faith, and freedom in this moving maritime epic.

Christina Anderson is a New Dramatist Fellow and her work has appeared at Steppenwolf, Penumbra, Yale Rep, A.C.T. and The Public Theater. Her plays include Blacktop Sky, Hollow Roots, and Good Goods. She is a playwright-in-resident at Magic Theatre and Core Writer at The Playwrights’ Center.

What if the show you came to see is not the show you need to see? A working mother escapes to the sanctuary of the theater and encounters a play she desperately doesn’t want to watch, so she hijacks the show—and the audience—leading them through her own very personal story. A synthesis of myth/magic/real world, NOT MEDEA is a funny and fierce slap-down about love, lust, motherhood, and forgiveness. And something else entirely.

Allison Gregory‘s plays—such as Forcing Hyacinths, Fall Off Night, and Cliffhouse—have been produced and developed all over the country. She has received commissions, grants, and development from The Kennedy Center, Oregon Shakespeare Festival, and Seattle Repertory Theatre.

Doug is an average guy with an average life. Until, that is, he finds himself at a wedding, not as a guest…but as a gift. Surrounded by those that speak a language he’s never heard, Doug realizes he’s little more than a pet. And when the bride grows dangerously fond of him, the prospect of returning home becomes even more remote. Chisa Hutchinson’s provocative and uproariously funny new play asks: What does it mean to be the only “outsider” in a community? How does it feel to be the “other?”

Contains strong language and nudity. For mature audiences only.

Chisa Hutchinson’s award-winning plays include She Like Girls, Sex on Sunday, and The Subject. She’s been a Lark Fellow, Dramatist Guild Fellow, and a resident at the William Inge Center for the Arts. Dead and Breathing, produced by CATF in 2014, received an Off-Broadway run last autumn at the National Black Theatre.

Four women bond and become one another’s timetable of history after a protest rally in the early 70’s lands them in jail. Through the vagaries of love, careers, children, lost causes and tragedy, the women reunite once a year for a photo shoot, chronicling their changing (and aging) selves. But, when these private photographs have the potential to become part of a public exhibit, mutiny erupts and relationships are tested as the images unearth secrets and force the women to question who they are, what they’ve become, and how they’ll navigate whatever lies ahead. Susan Miller’s new play asks all of us – the Baby Boomers, the Great generation, and the Millenials – what really matters, in this sharply funny and evocative exploration of time.

Susan Miller is an OBIE award winning playwright and Guggenheim Fellow whose work includes the critically-acclaimed one-woman play, My Left Breast. Miller was a Consulting Producer/Writer on the first season of The L Word as well as ABC’s landmark series, Thirtysomething.

With Eugene O’Neill’s classic Long Day’s Journey into Night as a backdrop, THE SECOND GIRL is a lyrical, wrenching, and caustically funny play. Set in the downstairs kitchen of the Tyrone family’s summer residence, circa 1912, Noone’s characters—two Irish immigrant servant girls and a chauffeur—struggle with denial, personal responsibility, and failure, while searching for love, belonging, and a sense of what it really means to call some place ‘home.’

Ronan Noone’s plays have been produced by theaters across the United States, including the Huntington Theatre Company and the Williamstown Theatre Festival. Other international productions have taken place in the UK, Spain, and Ireland. Awards include: Jeff recommendations in Chicago; Ovation Recommendations in Los Angeles; and the Critics Award in Austin, Texas.

Matinee and evening performances are held Wednesday – Sunday throughout the Festival. Single ticket prices to the 2016 repertory are $62. Four-show and five-show discount packages (Rep Passes) are available, ranging from $112-255. Additional ticket savings are available for military personnel and families (as part of the Blue Star Theater Program), students, seniors, patrons 30 & under, and West Virginia residents.

Performance tickets can be purchased through the Theater Festival Box Office, which is open off-season Monday to Friday, from 10 a.m. to 5 p.m., by calling 800-999-CATF (2283), or 24-hours a day online by visiting www.catf.org/boxoffice.

More information is available at www.catf.org.

Social media connections (#CATF) can be made at twitter.com/thinktheater

*This press release is by Gabriel Zucker.