Get in on the act – the SISTER ACT – with DCMetroTheaterArts! 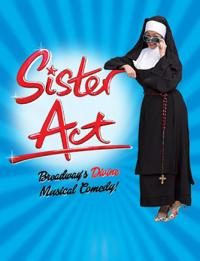 Based on the hit movie that starred Whoopi Goldberg, you’ll love the hilarious Broadway musical. When Deloris Van Cartier witnesses a crime, the cops hide her in the last place anyone would think to look—a convent! Under the suspicious watch of Mother Superior, Deloris helps her fellow sisters find their voices as she unexpectedly rediscovers her own.

You could win two tickets to SISTER ACT, so don’t wait!

Discover what sisterhood is all about when you get in on the Sister Act with DC MetroTheaterArts.