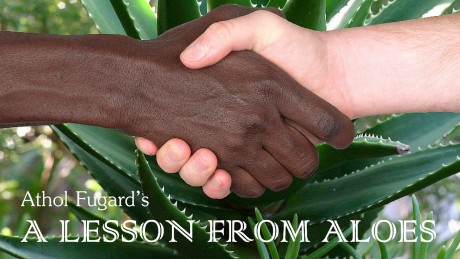 Quotidian Theatre Company continues its dynamic 2016 season with the moving anti-apartheid drama, A Lesson from Aloes, by Athol Fugard.

Set in 1963 in a white district of Port Elizabeth, South Africa, this play provides a compelling portrait of a police state. A liberal Afrikaner involved in anti-apartheid activity, his wife recovering from a nervous breakdown, and their black friend just released from prison, must all consider the few alternatives society allows them.

“This piece is an important one, not only for its portrayal of the fractures that a society under pressure produces even in people on the same side of the anti-apartheid movement, but also for the deeply human characters we see and identify with,” said Giannarelli. “I’m thrilled that Quotidian is producing this piece, and honored to direct it.”

Artistic Director Jack Sbarbori added, “This play fits right in with our mission of bringing plays to light that provide a sense of looking over a backyard fence, illuminating real human experience and emotion. We’re looking forward to our audiences watching along with us.” 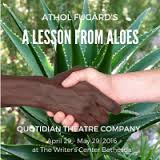 Tickets are available online at Brown Paper Tickets or by calling the Quotidian Theatre Company box office at (301) 816-1023.

Our mission at Quotidian Theatre Company is to find truth and beauty in the everyday, presenting plays in an understated, impressionistic style. We are proud to be the Resident Theater Company at our performance space, The Writer’s Center in Bethesda, MD.

Prized by its patrons for its intimate stagings, QTC specializes in productions of naturalistic plays about the truth and beauty in everyday “quotidian” life. This boutique theater caters to those who enjoy thinking about–and discussing with friends after the show–the meaning of a great play. 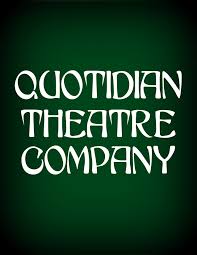 Located within walking distance of Bethesda’s renowned restaurant district, there are plenty of fine places to eat and/or drink before or after the play. QTC patrons enjoy a discount at nearby Vino Volo on Bethesda Row.

On Saturdays and Sundays, parking is free in the public lot directly across from the Writer’s Center, where QTC is the resident theater company. QTC is easily accessible by car or Metro (red line to Bethesda stop).