Thoroughly Modern Millie, a tale of a “modern” gal from small-town America who takes on the business and social world of big-city New York, is a popular choice for community theatre seasons. The score is catchy and the characters are appealing, and there are many opportunities for humorous surprises, like Mrs. Meers dropping in and out of her faux-Chinese persona (The show draws some unfortunate humor out of showcasing some stereotypes of Asian Americans), and clever staging such as a romantic waltz on a window ledge.

The Heritage Players’ presents a thoroughly charming production of Millie. Directed with polish and precision, and lots of well-timed shtick, by Director TJ Lukacsina, and choreographed with the appropriate mix of 1920s style and musical comedy pizzazz by Choreographer Rebekka Meyer and Assistant Choreographer Angela Stein. Some of the most delightful moments come directly from the precise staging, such as when the frustrated would-be future Mrs. Millie Graydon stares sideways while Graydon crosses directly in front of her to court Millie’s best friend Dorothy in “I’m Falling in Love with Someone,” or when Millie and the steno pool of Sincere Trust tap under their desks in perfect time to the rhythm of the letter being written during “The Speed Test.”

Lukacsina pulls together an excellent cast; the actors embrace the style of the show with energy and timing not always seen in large productions of local musicals. Fittingly, Lucy Bobbin brings the most dynamic subtleties to her role as Millie Dillimount, while actors like Garrett Matthews (Jimmy Smith), JilliAnne McCarty (Dorothy Brown), Lauren Lowell (Muzzy Von Hossmere), and Richard Greenslit (Trevor Graydon) embed the fast-talking wit and quick-moving, emotionally-charged dialogue with just the right touches of humanity.

Carolyn Freel provides musical direction for the nearly twenty songs and the nine-piece orchestra. Not a sour note is played all evening and the virtuoso vocal displays, when Bobbin delivers “Gimme, Gimme” or Mandolin Roberts (Meers) belts out “They Don’t Know,” absolutely thrill.

The production design is mainly utilitarian. It’s refreshing to see a set (in this case the work of Designer Ryan Geiger, Scenic Artist Andrea Bush, and Master Carpenter Allan Gillis) that works so well with the performance: a hallway of doors, an elevator, and a staircase to which a few small pieces are added to move the scene from the Hotel Priscilla to Muzzy’s Penthouse, allowing for cityscapes, office scenes, and cafes.

Lighting Designer Zach Sager has a particular talent for transporting the scene, using diverse color palettes to identify a starry penthouse terrace or a harshly lit laundry room. There are occasional lapses in integration between the set and lighting areas, with some gels creating distracting patterns on the unicolor flats, but the majority of scenes blend color and light to effectively transition through a high number of locations. Costumes are particularly well put together, with flapper dresses and three-piece suits (though in the program only Christopher Kabara is listed as costume coordinator). Sound reinforcement is exceptional (though no design is credited).

Heritage Players is a local success story, with forty plus years of productions.  In addition, each production, in addition to supporting the Spring Grove Hospital Center, where the company resides, is dedicated to a specific charity. In this case, the Polaris Project, which fights human trafficking, is the recipient of proceeds from Millie. 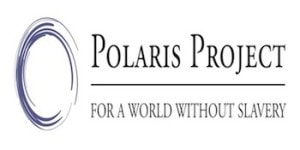 You can therefore enjoy this delightful piece of theatre knowing that your ticket money is helping fight the serious evils showcased, however humorously in this production of the Dick Morris/Richard Scanlan/Jeanine Tesori musical.

Running Time: Two hours and 45 minutes, with a 15-minute intermission.

Thoroughly Modern Millie plays through April 24, 2016 at at The Heritage Players performing at The Thomas Rice Auditorium – 55 Wade Avenue, in Catonsville MD. For tickets, purchase them at the door or online.