Buddy Guy is a man who does not act his age of 79 years young! He is a cool cat and an American blues legend. He played to an enthusiastic capacity crowd Wednesday night at the State Theatre and the enthralled crowd hung onto every blues note, his every joke, and everything he shared about the Blues.The Chicago based ‘The Damn Right Blues Band’ jammed along flawlessly to Guy. 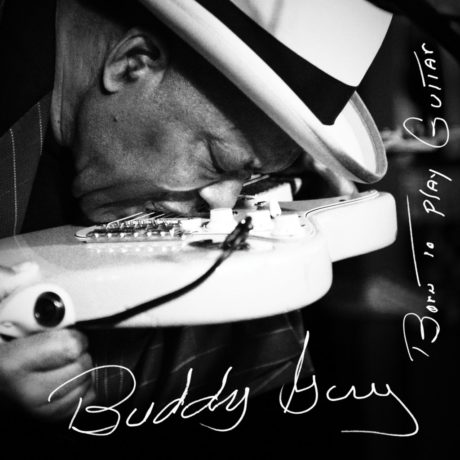 Any music fan must experience Buddy Guy, the Chicago guitar blues legend live. He is a Smithsonian American treasure. He influenced the likes of Jimi Hendrix, Eric Clapton, Jimmy Page, Keith Richards, Jeff Beck, John Mayer, and Stevie Ray Vaughan. He also jammed with Muddy Waters. Incredible! His awards include a Grammy Award, a Rock ‘N Roll Hall of Fame induction, A Kennedy Center Honor, and a Medal of Arts winner. Rolling Stone ranked him in the top 25 of its “100 Greatest Guitarists of All Time.”

During his set he hilariously interacted with the crowd, including having a conversation with a concertgoer about the difference between him and guitar legend Jeff Beck. He likes to pepper his language with salty words. He comes across as genuine and down to earth and one with the audience. He also bumped and grinded with his guitar with the drumbeat which caused hoots and hollers.

A concert highlight was when Guy came down from the stage and went through the crowd all the way to the back and to the front while jamming on his guitar. Apparently this is a tradition of his – his own version of a ‘meet-and-greet.’ He handed out guitar picks and got up and personal with his fans. He sounded tight, sharp and on fire.

Guy dressed in a bright orange button down shirt wearing a fedora, which looked great on him and captured attention. He honored a lot of the blues and guitar greats from B.B. King to Eric Clapton – in his Cream Days – to Stevie Ray Vaughn. To honor B.B. King’s he displayed B.B.’s high voice. With Eric Clapton he cradle the guitar like he would. With Stevie Ray Vaughn he played fiercely. He played old blues songs and even he admitted the lyrics were a bit circumspect, but he remarked, “I didn’t write the f****** lyrics” to crowd laughter. My favorite lyric was, “I want to get close to you like an egg is to a hen.” Guy moves his lips in his circle to get his blues singing out. He is mesmerizing to watch.

My favorite lyric was from Stevie Ray Vaughn’s song Close to You:

(The Jimi Hendrix Experience cover), and Someone Else is Steppin’ In (Slippin’ Out, Slippin’ In). The audience sang along to Strange Brew and Guy said, “I like that!”

The Damn Right Blues Band with 2nd lead guitarist Ric‘JazGuitar’ Hall, Tim Austin on drums and Orlando Wright ‘playin’ it just right ‘on electric bass, and Marty Sammons on keys proved to be capable partners with Buddy. Sammons would answer Buddy’s guitar playing with precision and jam on the keys. Hall gave several electrifying guitar solos and Buddy seemed to have no trouble sharing the spotlight. Wright provided steady bass lines throughout the whole show and Austin blazed on the drums.

This was showmanship at its finest! Seeing a living legend that has influenced many legendary musicians over the past 50 years in person is something I’ll never forget, and everyone should go see.