La-Ti-Do invites the best artists from all over the Washington Metro area on Monday, April 25th to celebrate the life of a pay tribute to the late PRINCE.

The event will take place at Bistro Bistro beginning at 8:00 pm on Monday, April 25th and will feature artists coming together to remember one of the world’s musical icons.

Tickets are available starting at $15 at the door on Monday, April 25th beginning at 7 p.m.

Curated and hosted by Don Michael Mendoza and Regie Cabico, La-Ti-Do made its debut to a full house in Washington, DC on January 23, 2012 at The Black Fox Lounge in Dupont Circle and since then, it has become Washington, DC’s premiere musical theatre cabaret and spoken word series to serve the DC artistic community on a weekly basis. The show then opened a touring chapter in New York City on June 9, 2013 at Bowery Poetry Club and continues to do so on a monthly basis. Currently, the show is housed at Bistro Bistro in DC and made a special appearance at 54 Below in New York City. 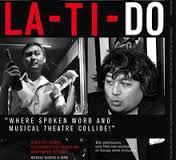