Everyone has a melody that brings them immediately flashing back to their childhood. For me, it’s the first few notes of “Chim Chim Cher-ee” from the movie Mary Poppins. Those notes bring about the joys of innocence, childhood and Disney magic. Phoenix Festival Theater’s rendition of Mary Poppins: A Broadway Musical was able to evoke those nostalgic feelings in me from the first moment of the show until the finale (and much deserved) standing ovation!

Based on the 1964 Disney film and debuting as a musical in London in 2004, Mary Poppins tells the story of the Banks family: a business-driven father, a former actress turned socialite mother, and two rascally children. After going through nanny after nanny, one finally arrives who may be able to whip the children, and the rest of the family, into shape: Mary Poppins.

Brenda L. Tackett’s performance as Mary Poppins is “practically perfect in every way.” Her operatic trills were superb, and she embodied every ounce of both Mary Poppins’ and Disney’s magic. 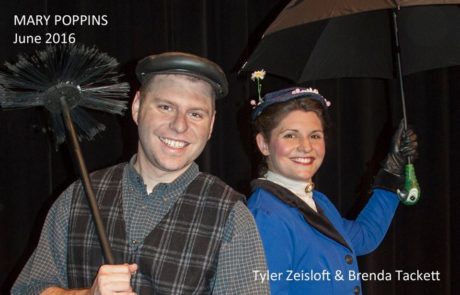 Tyler Zeisloft was remarkable as Mary Poppins’ sidekick Bert. He not only had a wonderful singing voice, but his tap-dancing completely wowed the audience during “Step in Time.”

Throughout the show, it is incredibly touching to watch the growth of father and son. Rod Bourn’s George Banks learns the value of good people and family, and his son Michael (Daniel Koncurat), finds the ability to think beyond himself.

Special praise should be given to the performances of Stephanie Atha and Sofia Bordner. As the mother Winifred Banks, Atha beautifully sang “Being Mrs. Banks” in a voice as rich and smooth as honey. Bordner, as daughter Jane Banks, was positively delightful and has the acting and singing abilities for someone far beyond her years!

Director and Choreographer Kimberly Brueggemann deserves a standing ovation herself! The choreography especially was amazingly intricate, and exciting especially during “Supercalifragilisticexpialidocious” and “Step in Time!” 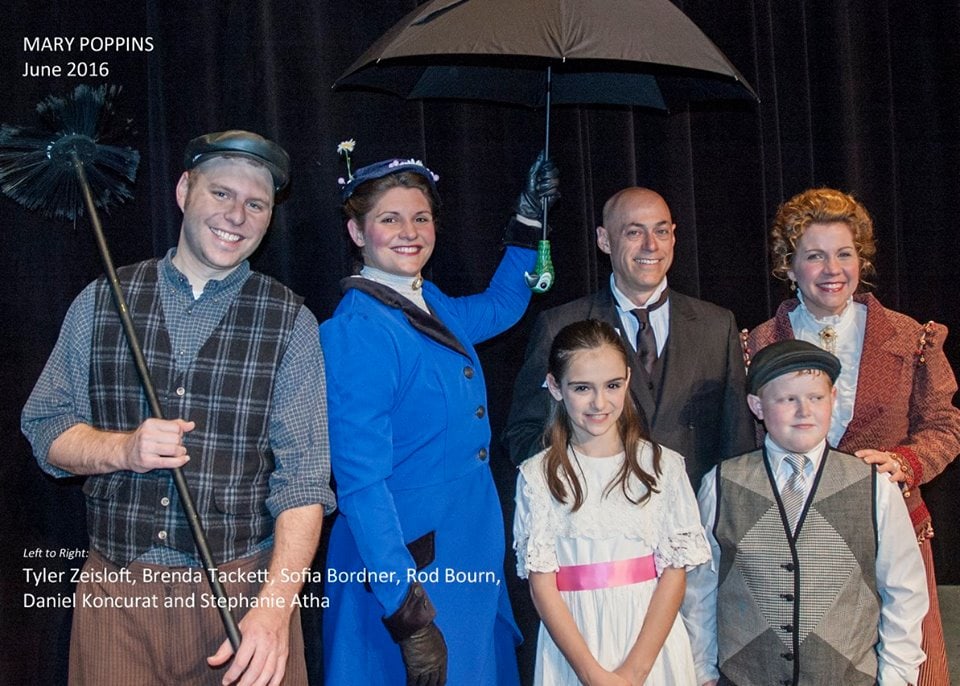 Stella DiPeso’s costumes were absolutely exquisite! Every time a character stepped out in a new outfit, I was blown away by their beauty and perfection.

Although this run of Mary Poppins ends today, keep an eye out for the next Phoenix Festival Theater productions starting in the Fall. As the always-wise Mary Poppins would tell you, “Anything can happen!” 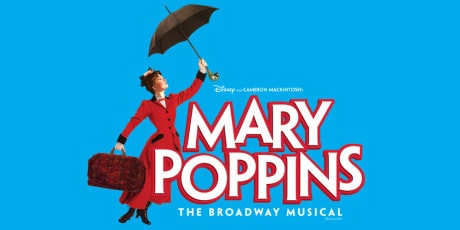