Paul Gonsalves (1920-1974) was an immensely talented tenor saxophonist with the Duke Ellington Orchestra from 1950 until his death in 1974. He is best known as the creator of one of the most memorable solos in jazz history when he blew a brilliant blues laden saxophone interval bridging the two movements of “Diminuendo and Crescendo in Blue” at the 1956 Newport Jazz Festival.

The performance helped bring new attention to the Ellington Orchestra, and the album Ellington at Newport released shortly after the concert remains the orchestra’s most popular release. Gonsalves is also responsible for memorable renditions of some of the most famous Ellington/Strayhorn ballads, such as “Chelsea Bridge” and “Happy Reunion”. Regrettably, his career was marred by recurrent substance abuse issues which often hampered performances and led to numerous conflicts with Ellington.

The play was inspired by an article in Downbeat Magazine published some forty four years ago by jazz historian and DC resident Patricia Willard recounting Gonsalves’ appearance at a “Master Class” held during a “Duke Ellington Week” sponsored by the University of Wisconsin in 1972, as well as interviews with Gonsalves’ sister and daughter.

Gonsalves was persuaded to make a presentation to students attending the class about his career and approach to playing. The play dramatizes this discussion as well as Gonsalves’ recollection of his career as he tries to gather himself and recover from an embarrassing incident on the bandstand which occurred the night before the class and threatened his place in the orchestra. Gonsalves understood that his life on the road and his devotion to Ellington and his art had exacted a high price, particularly on his relationships with his family.  ut, he cannot back away, and even in the last months of Ellington’s and his own life his attachment is still total.

Because the play calls for the recreation of some of Gonsalves’ famous solos we are extremely fortunate that Davey Yarborough, one of the preeminent jazz saxophonists in this area and the Director of Jazz Studies for the Duke Ellington School of the Arts, will play the lead role. Duke Ellington and his orchestra are a major part of the cultural history of Washington DC. Paul Gonsalves on the Road dramatizes a major component of this legacy – Paul Gonsalves and his art. 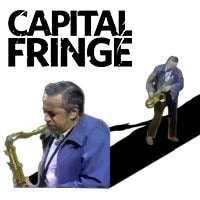