Sharon:  Have your children seen or read this play?

The “Chorus” just showed up?

Yes, it really threw me. My goal was to write a play that basically investigated intimate moments in an epic story. What is more epic than Medea? And what is more intimate than motherhood? Everything was going great, the Woman was talking up a storm, and then this character — the Chorus — just showed up and barged her way into the play. Then when Jason showed up, I knew all bets were off.

Your play will be in Studio 112, CATF’s smallest venue. Ed says that we love it when people walk out of there, “really fucked up.” Are you hoping for the same result with Not Medea?

I’m excited about that space because of the meta-theatricality of the play.  It will unseat people. Some people will question it. Some will be annoyed. Some will be uncomfortable. Ultimately, I hope people will be drawn in, and if not empathetic to this character’s situation, more understanding of it.

The original play Medea includes this famous line: Of all the creatures that have life and reason, we women have the worst lot.” Is this still true?

No. I think we are in a hard-fought moment. Now there is an embracing of womanhood, and that includes motherhood and wifehood and parenthood and loverhood . . . all of the “hoods”. We are owning it. I hate when people ask, “Can women have it all and still be happy?” No one ever poses that question to men so can we just get that stupid phrase off of the table? Everybody fights. Men and women fight for what they want. The trick is to figure out if getting what you want really makes you happy.

Medea got what she thought she wanted, and it made her the winner, but also supremely, supremely unhappy and it devastated her world. 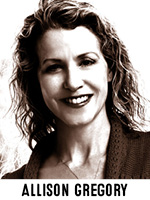 Here are some lines from Not Medea: “There’s a certain insanity to being a mother.” “Children are sometime a burden.” “Parents are most of the time filled with dread.” Are you a stressed-out mother?

Is there a mother who isn’t stressed out? I think that’s part of the territory.

Kathryn Hepburn once said: “Being a housewife and a mother is the biggest job in the world, but if it doesn’t interest you, don’t do it. It didn’t interest me, so I didn’t do it. Anyway, I would have been a terrible parent. The first time my child didn’t do what I wanted, I would have killed him.”

I completely identify with that. Steven, my husband, and I talk about our bad parenting moments or days. The moments often stretch into days. We’ll talk about it and say, “Yeah, I wasn’t proud of that.” We are parents who everyday are trying to be better parents. Luckily, kids are hopeful and forgiving.

Let me follow up with an Anne Sexton quote: “All I wanted was a little piece of life, to be married, to have children. I was trying my damnest to lead a conventional life, for that was how I was brought up, and it was what my husband wanted of me. But one can’t build little white picket fences to keep the nightmares out.”

That’s really powerful. There’s this assumption that when you settle down and have kids, you somehow fall into these conventions, and frankly, my experience of it was and continues to be that there’s no settling down when you have kids. Everything comes up and everything falls apart. It’s a huge disruption on a daily, often minute-by-minute, basis. And I’m not talking about losing a child. I’m talking about the day-to-day of trying to be a parent. 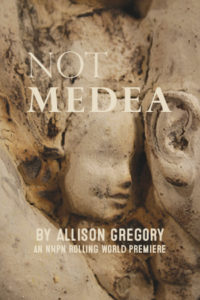 Losing a child is so unfathomable to me that I was able to go there in this play because I knew it wasn’t me. I hoped in writing it, I would take part of that experience with me and have a little bit more occupying the whole of what life is. God willing, we don’t all lose a child, but we might have a bigger footstep in the world if we did.

The darkness I’m talking about is, in a way, a protective darkness. We don’t always see what’s coming at us. Metaphorically, if you are at a campfire, you are in a circle of light, but are surrounded by darkness. There’s something terribly exciting about that, and you share things that you wouldn’t share sitting across from one another in a restaurant or sitting in a car chatting about the errands you need to run. The campfire might bring out other parts of ourselves: our wonder, our dread – all of what we don’t talk about on a daily basis.

At the end of this play, you write: “The gods always have a plan . . . the gods find a way to do what they want, against your expectations.” Do they?

I think that’s what life is. My world is being determined in spite of me. We are searching for control, we are searching for our path in the world, but our path is going to happen in spite of us. I don’t mean that as a futile thing or karma. I just mean that we’re a piece of the universe. Let’s be honest with ourselves. The world happens to us. What this play is talking about is that we don’t always have control, we don’t always have the best idea, we don’t always make the best decisions.

How do you balance that with this line from Not Medea: “Make your own nature, not the advice of others, your guide in life.”

That’s the conflict of being alive. That is the struggle of the humanity. If you don’t have control or a say, why do anything? That doesn’t work. We do make our luck by being prepared, by being good people, by being honest, but I do think there’s an element of fate and luck; a large part of our living that we don’t get to decide.

Euripides, who wrote Medea, said, “Question everything. Learn something. Answer nothing.”

That’s great. Is that in a play? It would be a great bumper sticker.

You also write plays for children . . .

I started out writing for adults, and it wasn’t until I had written three or four adult plays that I wrote a children’s play. Children’s plays are much harder to write than adult plays because you are writing for a much larger audience. You are writing for the children, then you are also writing for parents, their siblings, their grandparents, the teachers – all the gatekeepers. There is also much more judgment.  With an adult play, I can write that vaguely metaphorical monologue that you don’t really know what it’s about, but it’s got a cool tone and mood and some great ten-dollar words in it.  I cannot do that in a children’s play. I have to stay on story. If I go off story, I will hear immediately from my audience. They will squirm or talk or stand or say out loud their opinion, whereas an adult audience is better trained. They will just sit quietly and go to sleep.

The playwright, Lanford Wilson, once said, “Nobody’s safe around a writer.” Are you safe to be around?

You just made me wince because that’s so true. Ask my family.

What distinguishes CATF from other theater groups/festivals?

It starts with Ed and his relentless energy, tireless vision, stubbornness, and excitement about what theater can be. CATF plays are so daunting. This festival is fearless. It is challenging, but there is also a deep humanity there. That is what CATF does so well.

Honestly, I don’t know of a question.

To not write. A while back, I was feeling very down and frustrated. I was so depressed about what wasn’t happening in my career, I thought, “Okay, I’m just going to stop writing because it’s making me unhappy.” Then I thought about what would make me less unhappy: writing and not having my plays done or just not writing? And I realized that I would be much more unhappy if I wasn’t writing than if I was writing and my plays weren’t getting done. It was a good place to come to: I just better write.