The summer and fall line-up of shows includes a variety of internationally renowned acts, with something to appeal to everyone, making it a prime destination for locals and tourists alike.

Up next, comic, writer, and actress Natasha Leggero brings her hilarious brand of stand-up to The Venue at VFCR on July 2nd. Known for her popular sitcom Another Period, now in its third season on Comedy Central, Leggero’s appearance is part of the re-established Valley Forge Music Fair, an entertainment tradition of over 40 years.

Australia’s Thunder From Down Under performs on August 26th-27th, comedian Tracy Morgan makes a stop on his “Pickin’ Up the Pieces” tour on October 15th, and funnyman Carlos Mencia, star of Comedy Central’s Mind of Mencia, is scheduled for November 18th.

Served in an intimate two-tiered space with an old-world ambience by Gruber Design Associates, select wine, beer, and cocktails from the bar complement the cuisine’s Italian flavors.

If you prefer dining al fresco, Valley Beach Poolside Club brings summertime eats and sips to the resort’s terrace. With The Break food truck’s shore-themed menu and frozen drinks, tropical libations, and full service at the open-air bar, you can relax at a pool surrounded by sand while listening to DJ music, or a live band every Saturday. Both day passes and season passes are available. 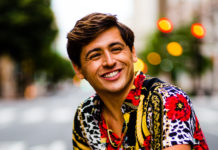 Why I am an activist artist, by JChris