A Spellbinding New Play by Gabriel S. Hudson Sees Its World Premier in the Capital Fringe Festival this Summer 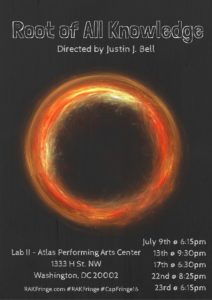 Each year, the Capital Fringe Festival showcases innovative and avant garde artists making one-of-a-kind immersive experiences for audiences. One production this summer pushes that axiom to its limits. What happens when a Political Philosophy professor collaborates with a company member of Synetic Theater? A production so stunning it cannot be missed!

The Root of All Knowledge tells the story of a typical relationship trajectory through the prism of the Hegelian dialectic. Eight performers breathe life into a narrative of seeking, longing, learning and loss, bringing truth to the show’s tagline, “The search for love begins and ends with the self.” The characters struggle to overcome past trauma, insecurities and existential dread in a desperate search for connection and intimacy. Preview audiences have described the show as “visceral and emotionally raw” and “heartbreakingly beautiful.” This is the type of performance the Capital Fringe Festival was made for. 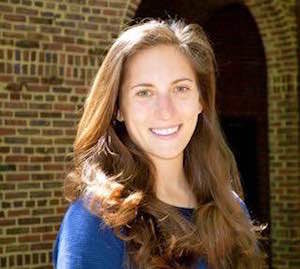 Mary is a Maryland native who currently resides in Silver Spring. She received her B.A. in Drama from The Catholic University of America. During her time at Catholic, Mary appeared in several productions including Le Cid, The Crucible, and Romeo and Juliet. This is Mary’s first time in the Capital Fringe Festival. When she is not on stage, she enjoys teaching and practicing yoga, mountain biking, and camping. 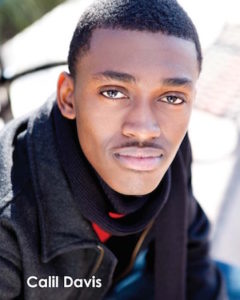 Calil is a Richmond native living in Northern Virginia after having recently graduated from college. Calil studied theater at George Mason University where he concentrated in directing and performance for stage and screen. Calil has been acting since age 4, when he played Papa Bear in a class production of Goldilocks and the Three Bears and has loved performing ever since. When he’s not acting, Calil enjoys working on his men’s fashion blog and YouTube channel. He is currently in the process of developing a clothing line that will launch in the coming months. 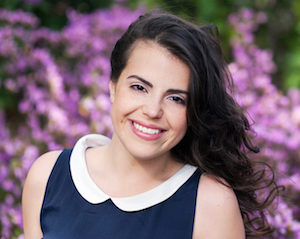 Lisa grew up in Bucks County, Pennsylvania, surrounded by WaWa’s and cornfields. She currently resides in DC with her remote control and television. They will soon be adopting a Hulu account. She holds a B.A. from Brandeis University where she studied Economics, Theater, and Business. She has also studied at ImprovBoston, Upright Citizens Brigade and Theatre Lab. Lisa has been performing since she was four years old, making her debut dancing on her Grandma’s dining table. She was fortunate enough to recently make her DC debut in Blood & Courage: Chesapeake Shakespeare’s Under-30 Company’s production of Unscene. When not acting, Lisa loves listening to podcasts, learning the ukulele, and motivating herself to watch The Wire. 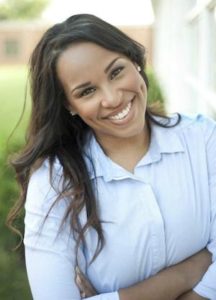 Heather was born and raised in Prince George’s County, Maryland and currently lives in Bowie. She studied Theatre at the University of Maryland College Park and just graduated this past May! Heather has been doing theatre since her early ages, from her first major production, Mo-Tale of Motown where she played Michael Jackson, narrator, and dance, to Mariane’s ASL Interpreter in Tartuffe by, Moliere and Speed in The Odd Couple by, Neil Simon. She has also made small television appearances on shows like HBO’s original series, VEEP and TV One’s For My Man. When not acting, Heather is writing her own plays. She has had two successful ten-minute plays produced by the Original Works Project at UMD and is currently working on her first full-length, She is Wonder. She also works with dogs and cats at an emergency veterinary hospital, where she is an ICU Veterinary nurse. Heather loves to dance, specializing in hip-hop, salsa, and West African. Heather is currently rehearsing for the 2016 Season of the Maryland Renaissance Festival as several characters and starts rehearsals for Bleu Royalty’s production of “Broken Pieces” in August. She would like to thank her director, Justin, for being an amazing visionary, Gabriel, for his powerful piece of work, and her cast members for being the perfect definition of ensemble. 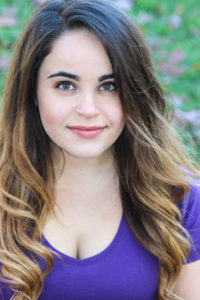 Marley is a Maryland native, currently living in Gaithersburg with her dog, Frank Sinatra. Marley is currently finishing her BA in Theatre and Performance at the University of Maryland, College Park as well as studying at the Studio Theatre Acting Conservatory in DC. She previously studied abroad at Royal Holloway University of London in the UK. Marley is a member of the Actor’s Center. Along with many performances in college and with other festivals (including the Maryland Shakespeare Festival and a premiere performance at the National Music Festival) Marley has also participated in staged readings for Studio Theatre and the National Academy of Sciences. Besides school, Marley enjoys her front of house work at Studio Theatre and the Folger Shakespeare Library. On her rare days off she loves long hikes, baseball, and searching for the perfect pasta recipe. Marley is thrilled to be performing in her first Capital Fringe show. She would like to thank Gabe for a beautiful script, Justin and the cast for an amazing experience, and her family for their unwavering support. 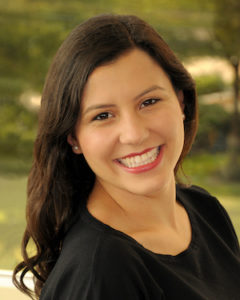 Arami is a Paraguayan native who now lives in Arlington, VA. She is pursuing a Bachelor of Arts in Theater at George Mason University. She has also received training from Act Two Pre-Professional Program at The Levine School of Music. Arami was last seen as a soloist in the Mason Cabaret, Helena Landless/Miss Janet Conover in The Mystery of Edwin Drood, and The Vagina Monologues. Off the stage, Arami is an Events Technician at Event Services at George Mason University, a Teaching Artist for Acting For Young People, and Vice President of the Mariposas Mentoring Program. She lives her life with “a healthy disregard for the impossible.”

Morgan currently lives in Philadelphia with family roots in DC. Morgan recently graduated with her BFA in Acting with Honors at The University of the Arts in Philadelphia and has completed a semester in Classical Acting at LAMDA. Morgan also loves cooking and being with her beautiful puppy. 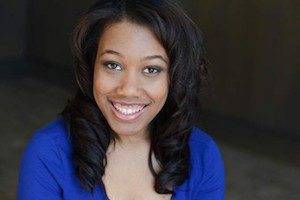 Mackenzie was born in Alabama but currently lives in Ellicott City, MD. If you know anyone who has a Yorkiepoo, be sure to let her know! Williams received her BFA from Tisch School of the Arts where she studied Meisner Technique, Suzuki, and film acting. She will be attending Johns Hopkins this fall and working toward her Master’s in Clinical Counseling with a concentration in Play and Drama Therapy. Williams is relatively new to the DC theatre scene and feels honored to have worked with Source Theatre, Rorschach Theatre Company and Roundhouse as well as many others.