Act Like a GRRRL (ALAG) is an autobiographical writing and performance program that inspires girls (ages 12-18) to write about their lives and transform their thoughts into monologues, dances and songs for public performance. 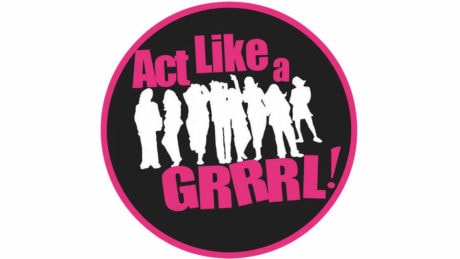 As GRRRLS find their voice and speak their truths on stage, they develop the self-confidence and leadership skills to live more empowered lives.

ALAG invites teenage girls to explode the box in which our society wants to limit them. At the very moment our culture is asking girls to “sit down and shut up,” ALAG says, “stand up and speak out.”

During the program, the grrrls explore their innermost selves and are introduced to strong adult women who model the power of living authentic lives and pursuing your dreams.

Over the course of the program, the group:

As Vali Forrister, the program originator explains,“There is great power in creating something from nothing. We begin with a blank page. At the end of the process, we have scripted and performed a new theatrical work. In the process, the grrrls learn their power to co-create their reality and transform from the girl they used to be to the ‘grrrl’ they want to be.”

And in the voices of veteran GRRRLs:

“Act Like A GRRRL helped me realize I don’t have to follow in the footsteps of past generations, I don’t have to focus on the bad moments that have happened in my life. I can set and achieve my own goals, be the shining being I’m supposed to be, and most importantly have tremendous faith in myself.” — Jenna, age 18

” Act Like A GRRRL is the group you thought didn’t exist. The one that you could only dream of having.” — Augusta, age 18

” Act Like A GRRRL is probably the best thing to happen to me. It opens up so many opportunities that I probably would never have imagined possible. It helps me to embrace how brightly I shine. It reminds me daily that I can do whatever I set my mind to. Act Like A GRRRL changes lives. It sure did change mine.” — Chelsey, age 19

“Act Like a Grrrl is an intention to build a community where there are no judgements, and where we seek to break the stereotypes of girls being negative toward one another. Without ALAG, I wouldn’t be as brave or accepting as I learned to be and I wouldn’t have chosen the career path that I did. Every young woman who seeks to better herself and her community should be a part of this group.” — Kamilah, age 23, graduate of Tennessee State University

“ALAG inspires you to reach beyond the boundaries you didn’t realized you had imposed on yourself. You can take charge of your life and allow your fullest ambitions to be realized. ALAG instilled in me a spirit to “prove them wrong,” and go after typically male-dominated studies and professions, specifically in astrophysics, optics, and philosophy. I feel smarter and more capable now than I ever thought I could be.” — Haviland, age 24, graduate of Agnes Scott College, pursuing a PhD in atmospheric science at Georgia Tech.

So, join us for a performance that is unique every year, created by the GRRRLs to impact you. 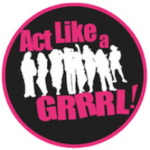