Steal A Step World Premieres Kick Before You Drown at the Capital Fringe Festival on July 7-14, 2016

Steal A Step, DC’s premier contemporary circus company, is pleased to announce that its new show, Kick Before You Drown, will debut during the Capital Fringe Festival at the Atlas Performing Arts Center in Washington, DC, on July 7-14, 2016. An evening-length original work, Kick Before You Drown explores the lives of six urbanites whose search for intimacy, acceptance, and identity places them on society’s fringe. Sexy, provocative, genre bending, and daring, Kick Before You Drown is circus like you’ve never seen.

Contemporary circus, experimental performance, and video projection are the backdrop for Kick Before You Drown’s interwoven account of the lengths people will go to satiate the desire to be desired. 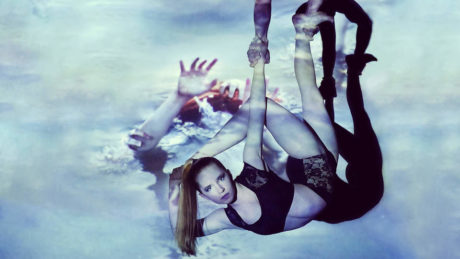 Jessica John, Steal A Step’s co-founder and co-director, explains that the show is a “postmodern contemporary circus production that uses the human body as text and the lens of intimacy to explore power, gender, and sexuality,” but it is ultimately about how “we bend and bind ourselves to connect with others.”

Although Kick Before You Drown employs highly physical theater to get its message across, the show began through a series of online creative collaborations. “We wanted to challenge the notion that proximity is a prerequisite for effective creative collaboration. So we asked our artists deeply personal questions about their own intimate relationships and gave them road-maps to guide their act creation,” said Joshua Handal, Steal A Step’s co-founder and co-director. After three months of Skype calls and “YouTube check-ins,” Steal A Step will embark on a week-long residency in early July to refine the material and bring Kick Before You Drown to life.

The ensemble-based show features Steal A Step’s co-founders Joshua Handal and Jessica John, as well as guest artists Celeste Bliss, Eliana Dunlap, Katie Embser, and Daniel Patrick.The virtuosic cast has attended some of the best contemporary circus schools in the world, where they studied many of the disciplines featured in the show: aerial fabric, aerial hoop, contortion, duo trapeze, German wheel, handbalancing, rope, and strap loops. The show includes choreography by Jessica John and Joshua Handal and costume pieces designed by Sarah Muehlbauer. It was developed as part of a residency in affiliation with Dogtown Dance Theatre in Richmond, VA. Kick Before You Drown is presented as part of the 2016 Capital Fringe Festival, a program of the Washington, DC, nonprofit Capital Fringe. 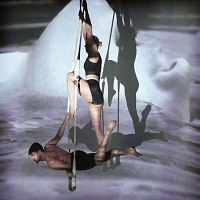 The show runs 70 minutes with no intermission.

It is appropriate for ages 18 and up.

Additional performances of Kick Before You Drown to be announced. #kickbeforeyoudrown
##

About Steal A Step 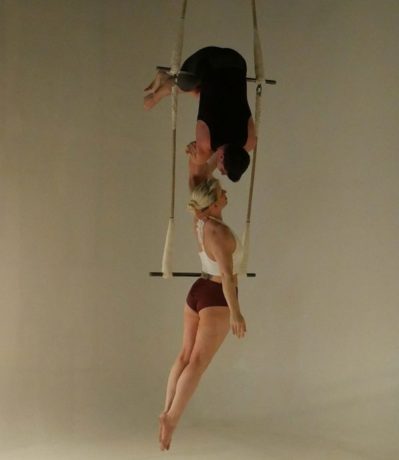 Steal A Step grew out two movement innovators’ desire to stretch the bounds of American contemporary circus and create ephemeral and authentic experiences for the performer and audience. Founded in early 2016 by Joshua Handal and Jessica John, Steal A Step’s nonlinear shows challenge the rules of settled society and invite an audience to throw off their inhibitions and often enter the artistic fray. Through unforgettable performances and breathtaking visuals, Steal A Step’s shows embody the essence of humanity: freethinking, yearning, and essentially uncertain. More information can be found on our website and the show’s website.