What happens when you combine opera with an episode of Frasier?

You get a comedy of operatic proportions.  You get Do Not Disturb, which will be presented by The Forgotten Opera Company in this year’s DC Fringe Festival. 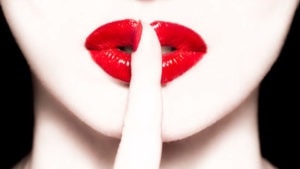 Composer Sean Pflueger has never written a comedic opera until now.  In fact, his first opera, Children of The Mist (based on Stephen King’s novella, The Mist) gave Fringe audiences a suspenseful and dramatic tale back in 2012. He’ll still have people on the edge of their seats, but this time around, it will be with fits of laughter.

In this slamming doors-style farce, Ethan Rosenblum, a junior attorney, calls out “sick” to propose to his girlfriend Emma at a romantic lakeside resort. Unfortunately, his boss, George Rosenburg, is meeting his mistress, the judge Virginia, at the same bed and breakfast. Meanwhile, Rosenburg’s wife has enlisted her niece to spy on his extramarital activities. The 90-minute opera combines compromising situations and mistaken identities, all thanks to a hotel employee that is too engrossed with his phone to bother getting anyone’s room number right.

Librettist Laura Wehrmeyer Fuentes knows that DC Fringe audiences will easily relate to the overworked lawyers – and their neglected partners. The DC area attracts driven professionals that often tip the work/life balance more toward work, just as Rosenblum and Rosenburg’s characters do.

Although Pflueger first had the idea to write Do Not Disturb more than 4 years ago, it took a while before he found a librettist.  He and Fuentes first met in a production of Sousa’s Desiree put on by The Victorian Lyric Opera Company back in 2007. Fuentes had never written a libretto before, but she was more than willing to give it a go. Along with Michael Hock, who also worked with Pflueger and Fuentes to develop the story, an operatic version of a Frasier episode was born.

The Forgotten Opera Company (the alter-ego to the Victorian Lyric Opera Company for putting on contemporary operas) presents Do Not Disturb at the Atlas Performing Arts Center during the Fringe Festival. You’re guaranteed not to forget this opera, though. 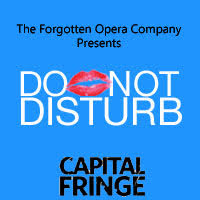