If you’ve never been to a storytelling show before, hold on to your hats. Perfect Liars Club—directed loosely and hilariously by Cara Foran & Pierce McManus for the 2016 Capital Fringe Festival—is the perfect combination of a murder ‘whodunit’ mystery game and stand-up comedy. 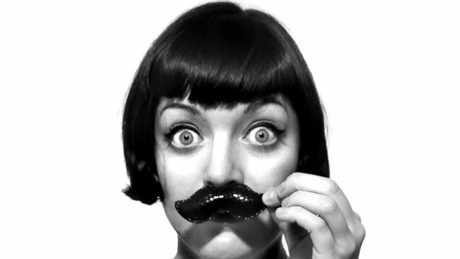 With little more than a school-like spelling bee set up, the night featured a set of storytellers and charged the audience to sleuth out which of the four was lying. Was the liar Melissa, the Georgetown stylist with gossipy clients whose anxious, percussive delivery caused 25 members of the audience to vote her guilty?

Or maybe Keith, the Russian-speaking Peace Core Volunteer who got into trouble one late night in Kazakhstan? His self-deprecating and (almost too) smooth one-liners had some of the most confident audience members voting for him.

How about Meredith; small-town Ohio Meredith with a big crush and an even bigger rosy glass shattering moment? With her sweet and witty delivery, she had all but eight convinced she was telling the truth.

Or would you have voted like me for John and his winding tale of cross-country relationship stress that was just seeping with schadenfreude?

Even Foran and McManus, the MCs for the evening, kept you guessing as they added their off-the-cuff humor to the mix. While directing audience members, prepping (read: mocking) questions, and dealing with the occasional mic or light issues inevitable in live performances, their familiar banter set a jovial, ribbing tone that was sharp and smart, much like the storytellers themselves.

In an intellectual city where trivia nights abound, Perfect Liars Club offers up a new way to claim superiority over your friends and give you bragging rights for weeks to come. Could you have spotted the liar?

Genius in its simplicity, Perfect Liars Club delightfully pits friends and wits against each other. My suggestion to any future audience member? Be sure to ask a question.