Sex, drugs, and… rap! Prepare to sulk in a heavy dose of it at all at Gallaudet U’s Elstad Auditorium. Written by Conor Kyle, Dark Times at Grimesville High is an attempt to flush out the truthful motivations of gaining popularity in adolescents – a story completely unrealistic. Start with Olivia (Tess Higgins), a Katie Couric, journalism student known to her peers as the “uptight girl,” swooning over the likely potential of becoming class valedictorian. She’s as naive as she is motivated, but her self-esteem rests on a bed of feelings, nothing less than a disappointing, first-time, high school hookup. Higgins provides a quirky quality throughout the Rebecca Wahls-directed musical, showcasing an ability to rise-above the tiring and paced stage direction. 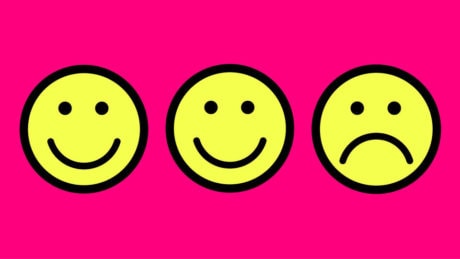 Lunchtime at Grimesville High is a drug den, injected with a student body comfortable with rationalizing popularity, with proprietary, self-inflicting harm – like I said, is there any realism here?

Nonetheless, Olivia’s rebellious epiphany invokes her peers into a humorous rap-battle – “Just Say Yes” is affectionately led by Lewis (Keenan Gibson). Our gullible protagonist strives to pelt down twin birds with a single stone – I think that’s the saying, right? – trying all too hard for social acceptance, all the while, journalistically uncovering her educational playground’s deepest secrets. Grimesville Times editor, Peyton (Brittany Martz) is heartless, abhorrently wreaking havoc on the lives surrounding her as she obstructs Olivia’s trajectory for success.

Expect a sympathetic standing ovation when the show’s finale rolls around. Come to think of it, maybe sympathy isn’t the reason why theatregoers stand to applaud, rather, I contribute it to the foreshadowed aftermath that comes with graduation, which only leads to separation. Then, the characters of the class of 2016 won’t be paired again, and hopefully there will be no reunion.

Read the preview of ‘Dark Times at Grimesville High.’