Anyone looking for a respite from this summer’s sultry heat need look no further than the stage at the Atlas Performing Arts Center, where Do Not Disturb—a cross between comic opera and bedroom farce—is having its world premiere as part of the 2016 Capital Fringe Festival. 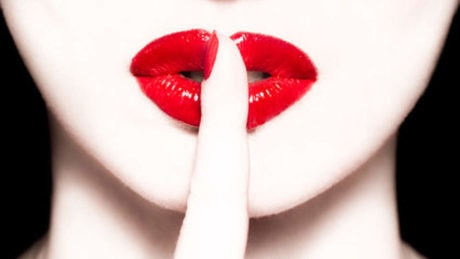 Presented by the Forgotten Opera Company—the contemporary sibling of the Victorian Lyric Opera Company, based in Rockville, MD—this bubbly concoction is like an ice cream soda. It’s sweet and funny and beautifully performed, all of which helps to explain why it’s nearly sold out. (Oh yes, it’s predictable too, but that’s part of the fun!)

Ironically, this modern operetta has its roots in a plot device that’s at least two thousand years old. It’s called mistaken identity, and playwrights, ranging from Plautus in Rome to Shakespeare, Moliere and Gilbert and Sullivan, have used it as a hook on which to hang bawdy jokes and allow mismatched couples to jump in and out of each other’s beds.

Rosenblum is hiding from his villainous boss, a Simon Legree who expects all his junior attorneys to work over weekends. The young fellow is pretending to be sick so that he and his girlfriend, Emma, can go away for a romantic two days during which he plans to propose.

Rosenburg—who is, of course, the wicked boss in question—is hiding from both his wife of 25 years and a judicial system that frowns on litigators who sleep with judges.

The judge, in this case, is Rosenburg’s mistress, who rhymes “hookey” and “nookie” and wears pin-striped underwear under a judicial robe. Played by the formidable Michelle Kunz, this judge combines a lusty voice with wildly libidinous behavior. (One of her funniest scenes consists of caressing herself with her gavel while singing a passionate aria.)

Sean Pflueger, who is also the composer and co-author of Do Not Disturb, plays Rosenblum with hapless innocence and body language as expressive as his voice. Alexandra Boulé-Buckley is the girlfriend, who is as sweet as any ingenue can be, and whose voice is pure as a bell.

Rosenburg is played with appropriate villainy by John Boulanger, while Roxanne, the college-age niece sent along to spy on him, is played by Stephanie Kruskol with the kind of obnoxiousness that is reserved for teenagers who should be consigned to hell.

Roxanne and Matt, the desk clerk who mixes up the names and room numbers, are both addicted to their iPhones. Matt is played by C.J.David with such incompetence and insubordination that it’s a wonder that the owner of the hotel, played by Teresa Reid, doesn’t fire him immediately. (But of course, if she did, there would be no play…)

Rosenburg’s wife , who is the deus ex machina of the plot, is played with boisterous splendor by Denise Young, who belts out a song in which “impeding virility” is reckoned “futility.”

This is an opera in which smart phones play a pivotal role. And Tracy Davidson and Teal Thompson, the singers who impersonate them—they prance around the stage emitting beeps and tones and fire alarms—are among the funniest characters in this wonderful ensemble.

Much of the credit for the hilarity of this production goes to Helen Aberger, who directed the cast of fine singers and actors in what has to be some of the best slapstick since vaudeville.

This is a light opera in which all the actors are so light on their feet they almost levitate. People climb out of windows and hide under beds, drop suitcases and take pratfalls, all while managing to sing soaring but atonal arias.

Rebecca Henry controls the musical mayhem, conducting a highly professional small orchestra along with a cast of 10 very talented performers.

Laura Wehrmeyer Fuentes is responsible for the libretto, which includes a lot of verses poking fun at the law.

Here is one of my favorites, from the sexy judge’s aria, It’s a Great Day:

It’s the day that I’ll get him alone, yes, at last,
alone with my favorite attorney;
Our conflict of interest sufficiently vast
to merit this pastoral journey.

And here’s another, sung by the divorce-minded Mrs. Rosenburg:

…his vain attempts to mitigate
leave me no choice but to litigate.

Fuentes is also one of the opera’s co-authors, along with actor-composer Pflueger and Michael Hock.

Do Not Disturb is the first writing collaboration for this composer and librettist and I’m sure it  won’t be the last. The two, who are both opera singers, met while performing in the In Series production of Don Giovanni just a year ago in DC.

Read the preview of ‘Do Not Disturb.’

Fun and intimate ‘Edward and Christine’ plays live on line